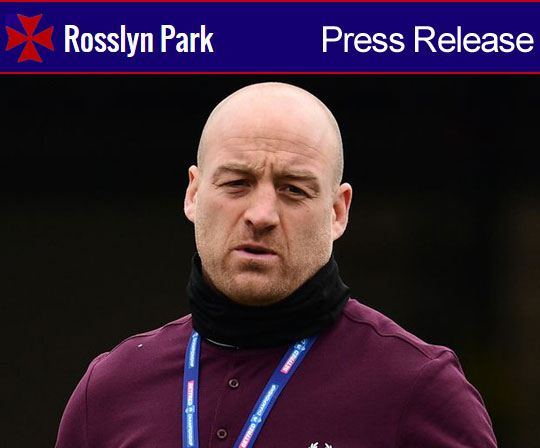 Ward played professional rugby as a prop in rugby league for Leeds Rhinos, Castleford Tigers, Hull Kingston Rovers, along with Great Britain. After retiring from playing, Ward was the head coach of the London Broncos from the beginning of the 2018 season. Danny then, in his first year of being head coach achieved promotion into the super league. Winning 4–2 against the Toronto Wolfpack in the final million pound game.

Danny Ward said: “I’m delighted to be joining Rosslyn Park. I know a few of the guys from my time when coaching at London Broncos and it’s an exciting time to be joining the club. I’m looking forward to getting started and helping this group deliver on its potential”.