Juddians had one try through their number eight Will Colderick on what was another difficult game for them. The win means that Park extend their lead at the top of National League One by ten points. 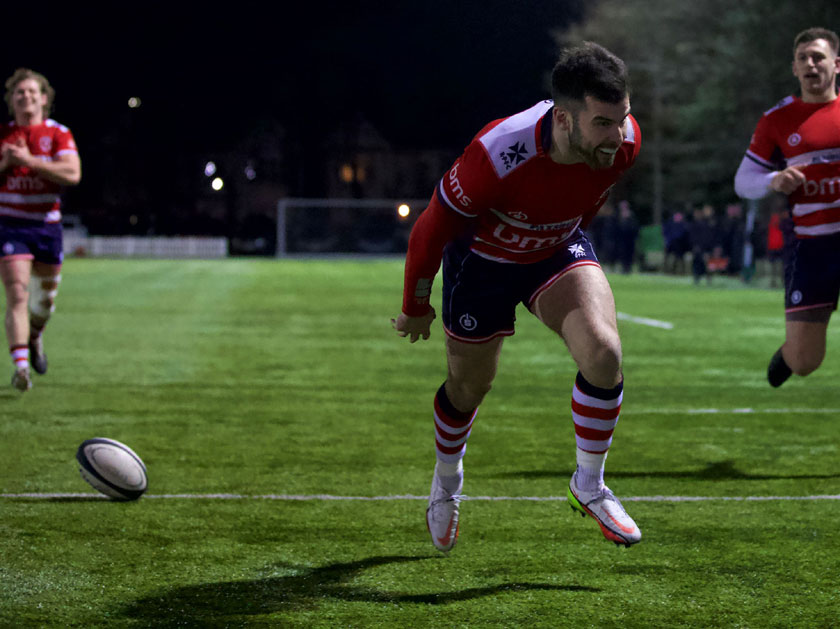 Park started the brightest early on as a couple of minutes into the game Ellis was able to go over for a score from a driving maul. The home side started to exploit the weak defence of Juddians and it was fullback Henry Robinson who burst through the centre of the pitch to race in for a try.

The away side were penalised at the breakdown and Holland duly knocked over a penalty to make it 17-0 midway through the half. Ellis then ran in to get his second of the match but there was trouble for Park near the end of the first half.

Both Ellis and Dan Laventure were sent to the sin bin for foul play and Juddians capitalised as Colderick scored from a driving maul. It was to be the visitors only points of the night as Park started to pour on the style. 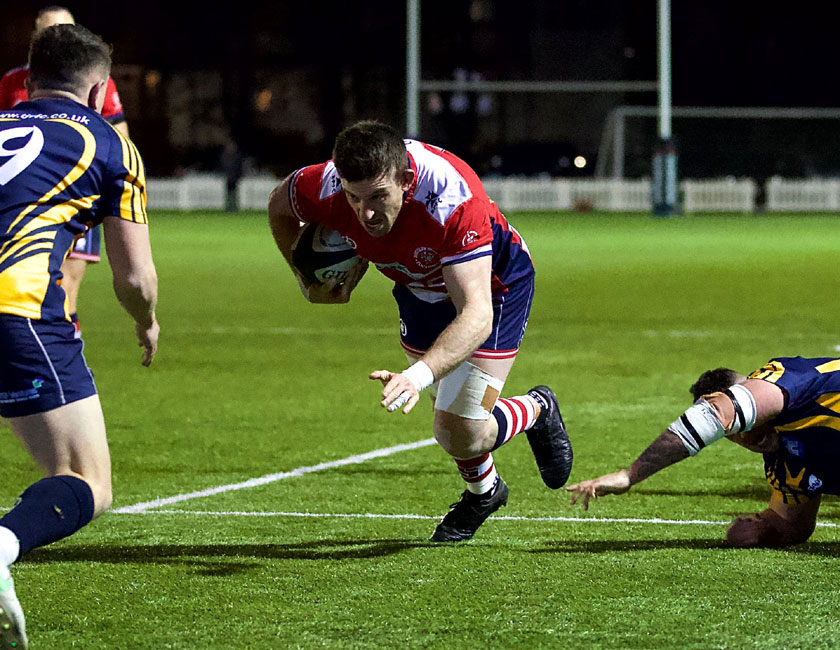 Dylan Flashman, Hugo Ellis and Jordan Martin used their power to cross the whitewash. Holland who had been flawless with the boot danced and dived his way over for two tries within the final ten minutes. 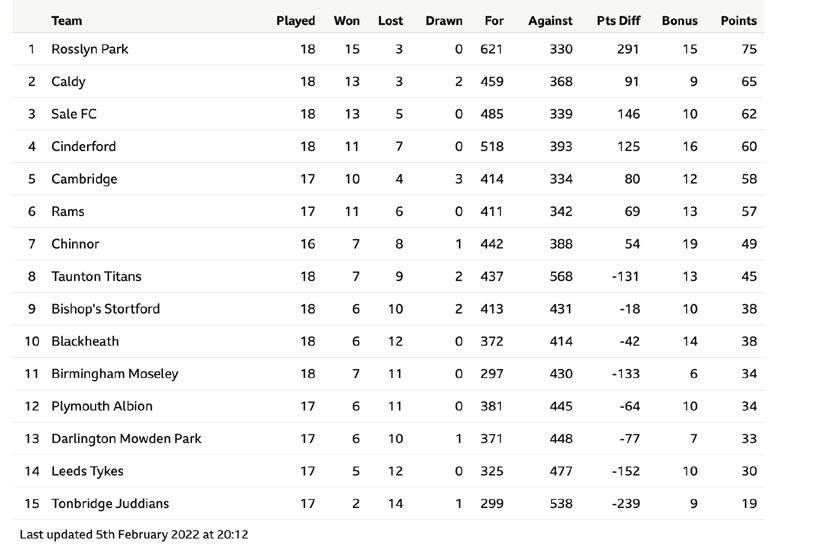 Rosslyn Park have a ten point lead at the top of National League One.
Rams are a point behind Cambridge in the League after winning away in Birmingham.
Both Plymouth Albion and DMP recorded wins this weekend and are clear of the drop zone.
Juddians still remain bottom.

Park's second game of February is at home to Rams. This fixture always has been tight in recent times and it's sure to be tight one when the two sides meet next Saturday.

In October at Old Bath Road, Park came from 24-0 down at half time to get within three points with less than 15 minutes to go but ultimately Rams prevailed and won the game 24-21.