Ahead of the 22/23 season, Rosslyn Park FC are thrilled to introduce our Men’s Senior Squad Coaching Team and Support Staff 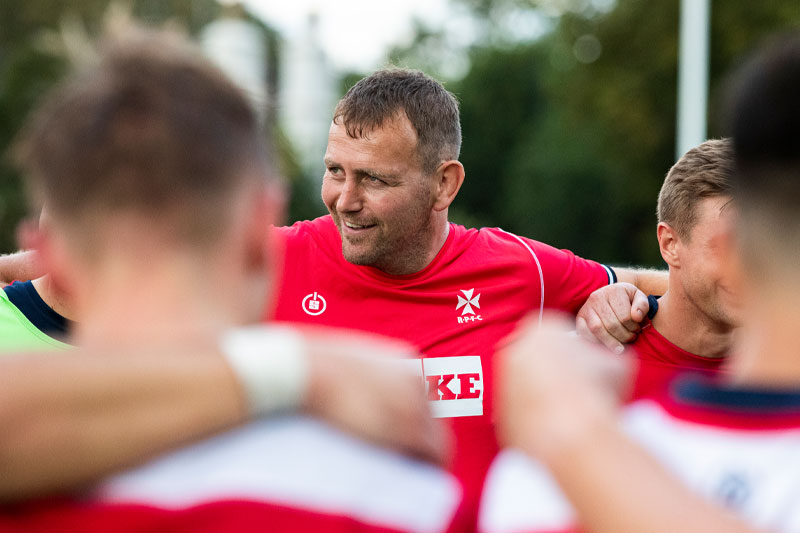 We are delighted to announce that Head Coach Jon Mills will take the helm for his fourth season at the club.

Jon will be supported by former London Broncos Head Coach Danny Ward continuing in his capacity as defence coach and building upon the great start he made towards the end of last season which excited the Head Coach,

“Since Danny Ward joined the club I have been impressed by his energy and enthusiasm for defence, Danny is a leader who will bring an edge and focus to our ‘Red Wall’.”

The new addition to the coaching staff is former Scotland fly-half Gordon Ross who won 25 caps for Scotland and has recently coached at Worcester Warriors and Newport Gwent Dragons, Gordon joins as attack and backs coach. Having played with Gordon, Mills is well aware of the impact he can have on the squad,

“I know his competitiveness is infectious which can help drive our development in attack.  He has vast playing experience at the highest level and I have been impressed with how he wants us our attack to evolve.  He will be a huge addition to our coaching group.”

Tony Paul will continue in his role assisting the backs and attack as well as leading the Rangers coaching, focussing on the development of our younger players and their transition into 1st XV rugby. His role is instrumental to ensuring growth throughout the squad, with Jon Mills adding

“Tony is a passionate, hard-working clubman who continues to grow as a coach and I feel very fortunate to have a person of his quality and character in our coaching group.”

The infamous Steve Walsh will remain as Head of Performance along with Ryan Keates and Leigh Groombridge who will return as 1st XV & Rangers S&C coaches respectively. All three have developed a formidable Strength & Conditioning programme which has been key to the success of the 1st XV over the last three years.

Lorraine Allen takes over as lead physio with Joe Coakley supporting and Pippa Rollitt continues in her role as Head of Medical for the club. The legendary Kojo Jecty and Fergus Farrell will return as our Team Managers.

We’re pleased also to welcome Marc Turner, former Harlequins Analyst as our Head of Analysis as well as our Women’s Head Coach. Dan Flux who joined us mid-season last year will complete our Analysis team.

Jon Mills, Rosslyn Park Head Coach “I feel very privileged to be able to lead a coaching team of the quality we have brought together ahead of this new season. Whilst we still have a lot of hard work ahead of us there is plenty of potential for growth in our coaching and playing group this season, I am excited to see our group continue to improve and develop as the season progresses.”

Keep an eye on our Social Media channels and website over the next few weeks as we will be revealing our new signings! Full squad announcement to be released towards the end of July.