The Match Gallery of photos from the weekend are online here: https://bit.ly/2tABle9

Craig Holland’s incredible end-to-end try put the cherry on top of a scintillating Rosslyn Park win against Sale at The Rock.

The London side went over the line six times as they bounced back from losing to Sale in dominant style. And Richmond’s win over Rams means Park climb up to second as the title battle gets even closer.

Park leapt out the blocks as a swift move from the line-out saw Neville Edwards run clean through on the left wing after two minutes. And the home side had a second eight minutes later, Joe Munro spinning through the defence to bound under the posts.

Holland was on hand both times to add the extras, giving the crowds at the Rock great optimism of a heavy win. This was hampered on 18 minutes, though, as Ollie Longmore finished off his own maul to put Sale on the board.

But Park did not let it haunt them, continuing to put pressure on that saw Ali Wade run clear six minutes later.

Sale gave Kieran Power’s men something to think about on 27 minutes as Jonty Rawcliffe finished off a move on the left wing.

The visitors held onto possession until half time but could not break through again. And Park punished them 10 minutes after the restart, Henry Robinson breaking through before Benji Marfo burst through a gap in the defence.

But the best moment of the day came on the hour.

With a roar from the crowd, Jonathan Mills’ pack caused a Sale error from their scrum and Holland leapt onto the loose ball. Starting on his own five-metre line, the No.10 ate up the turf as he added Park’s fifth try.

Sale jarred the home side’s course to victory when captain Andrew Hughes drove through on the left wing 11 minutes later. But Edwards finished the game as he started it, with a score in the corner for the final action of the game to send Park second.

Park’s win also marked a special day for scrum-half Jack Gash as he made his 150th appearance in red and white. 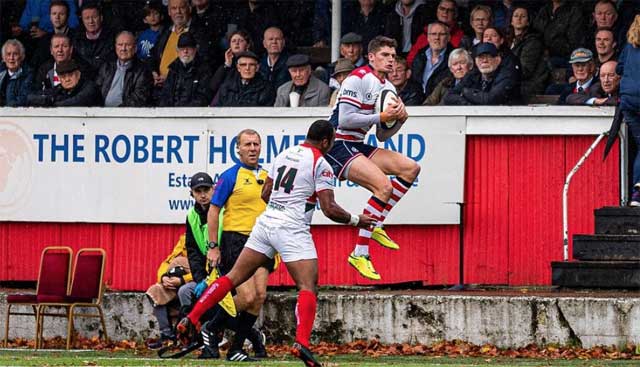 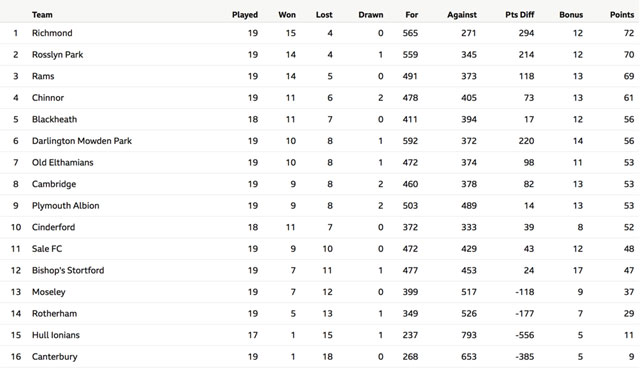 Park face the long trip to Devon for a match-up with Plymouth Albion as they look to regain National League 1 momentum.

The Brickfields side demolised relegation battlers Canterbury in a comprehensive 52-5 win at the Marine Travel Ground.

But the boys in red and white will have fond memories of the south west, beating Albion 35-21 on the road.