A Fergus Mulchone try in the final moments of the contest meant Park lost their third game in four to top of the table rivals Sale FC. Park gave away a ten-point lead within the final five minutes of the match cutting the gap between themselves and Caldy to four points.

Heywood Road erupted when Mulchrone evaded two Park tackles, running 50 metres to score with the final play of the match. It was a gut wrenching defeat for the Londoners who played well for large portions of the game. 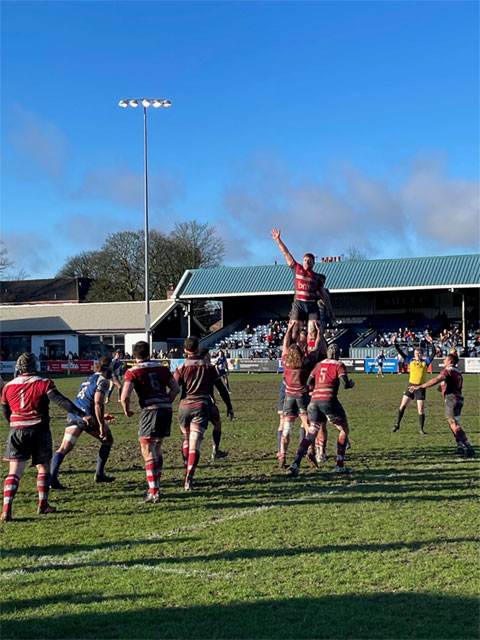 Park’s Director of Rugby Kieran Powell spoke honestly after the defeat saying: "We dominated them for the majority of the game. We took good control of it in the second half but a little bit of ill discipline in the final 10 minutes and the bounce of the ball cost us. It’s small margins in the top games.

We’ve thrown enough punches to take control of the game. Probably a strip of a tackle or a bat of a ball and we could have taken the win".

Storm Eunice left it’s mark on the Heywood Road pitch making for a cagey start to the game, as both teams were acclimatising to the mud bath they were playing on.

It was on the 21st minute mark when an up and under from Sale’s James Robins bounced kindly for Jack Metcalf to collect, race away and then offload to Mulchone who ran over.

Park bounced back within minutes winning their line-out deep in Sale territory. After a few phases the ball landed to Hugo Ellis who speared through the Sale defence to get Park back on level terms.

Kieran Powell’s men started the second half with authority and intent. After missing a penalty minutes before, Harry Leonard made no mistake the second time, kicking over to make the score 7-10.

Park didn’t let up on their dominance marching back up the pitch. Jared Saunders collected the ball and powered over the line from a metre out.

With a 7-17 lead and five minutes remaining on the clock, Park must have thought they were closing in on a vital victory in the race for promotion.

After 3 reset scrums and multiple penalties given away by Park, a quick tap and go from Stone Priestley-Nangle allowed for a gap to appear in the defence as he jumped over the line to take the score to 14-17.

The tension in this game was palpable right until the final whistle. It had the feel of a game that was heading towards late drama.

In the final minute of the match Sale kept the ball alive in midfield throwing it out wide to Mulchone. The winger broke two tackles leaving open grass for the MOTM to seal a significant win for the home side, stretching their unbeaten run to 5 games.

Ecstasy for Sale FC who picked up 4 points and agony for Rosslyn Park who travelled back to London with just the one point. 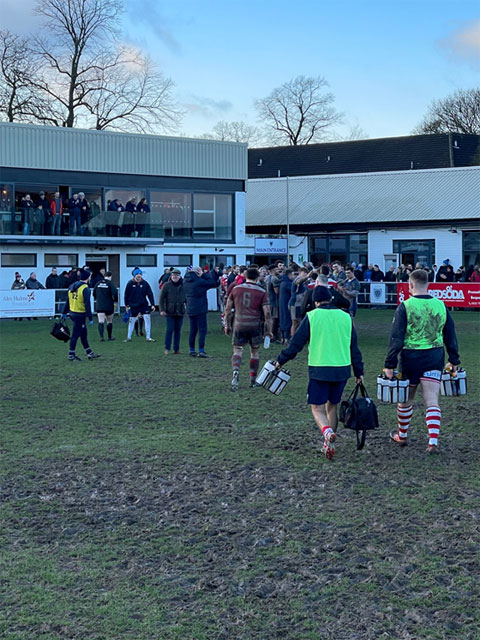 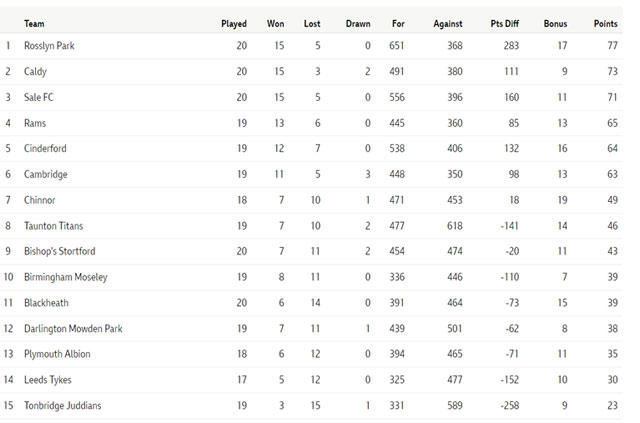 Rosslyn Park see their lead at the top cut to just 4 points
Caldy make headway with their 9-0, 4 point victory over Cambridge
Rams, with a game in hand, have come roaring back into the title race after beating Park last week and getting a 4 point win on Saturday against Bishop's Stortford
A surprising win for Darlington Mowden Park over Chinnor sees the latter's hopes of promotion all but gone

It doesn't get much easier for Park as our next game is away to Cinderford on 5th March. The Gloucestershire based side are one of the teams in the hunt for promotion and will be looking to help cut the gap between Park and the rest.

Back in October Park ran out 38-31 winners as the two sides played out an attacking match of rugby at The Rock.