Rosslyn Park stormed to a 68-21 victory over Taunton Titans at The Rock cementing their position as league leaders. 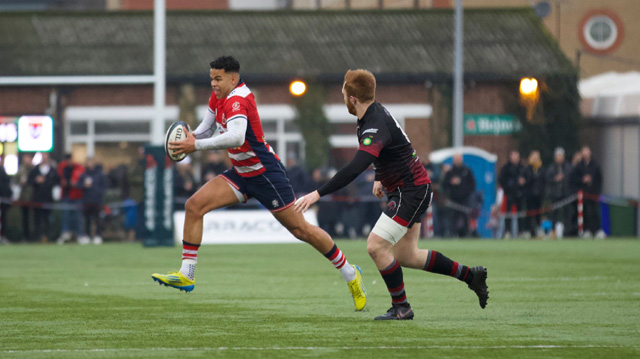 It was the home side that started the strongest as Jackson used his power to charge through the Titans defence to score the games opening try. Titans hit back very quickly with two tries from their half back pairing of Webb and Walsh.

But Jackson was proving a handful for Taunton and it was his break that saw hime give the ball to Howard who then released Marfo into the corner. Jackson was involved again in Park’s third try in making another break before offloading to Laventure.

Park secured the bonus point well into the first half as Nick Scott powered his way over before Piper scored his first of the afternoon.

The start of the second half saw a familiar sight as Ellis scored a try, two minutes into the second half. After that, Park went into cruise control as Jackson smashed his way through the defence to give the ball to Marfo who went over for his second. 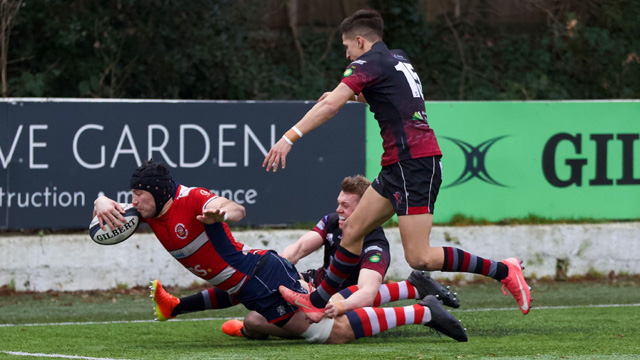 Piper then mauled his way over for a second before Robinson and Saunders went over. Titans were rewarded for batting hard as Gosling went over for a consolation score. 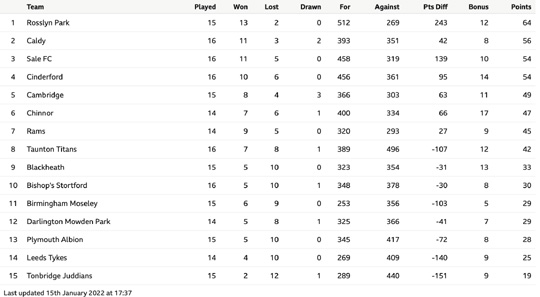 Rosslyn Park cement their place at the top of the League extending the gap to eight points.
Caldy go second after a close win away to Birmingham Moseley.
Sale replace Cinderford in third as they hammered bottom side Tonbridge Juddians at Heywood Road.
Cinderford drop to fourth after a loss to Chinnor at home.
Darlington Mowden Park's game with Blackheath was called off due to a frozen pitch.

Next Saturday sees Park take on Darlington Mowden Park at The Rock after the visitors fixture was called off this week.

The two sides last played each other at the Northern Echo Arena and it was Park that ran out 28-17 winners that day.