Two tries in the final five minutes of the game from Henry Clement earned Plymouth Albion a well deserved tie in an enthralling clash that ended 28-28.

Clement got the away side back into the contest when he ran over to get the score back to 28-21. Straight from kick off Rosslyn Park switched off and Plymouth ran straight down the other end to shock the Londoners. 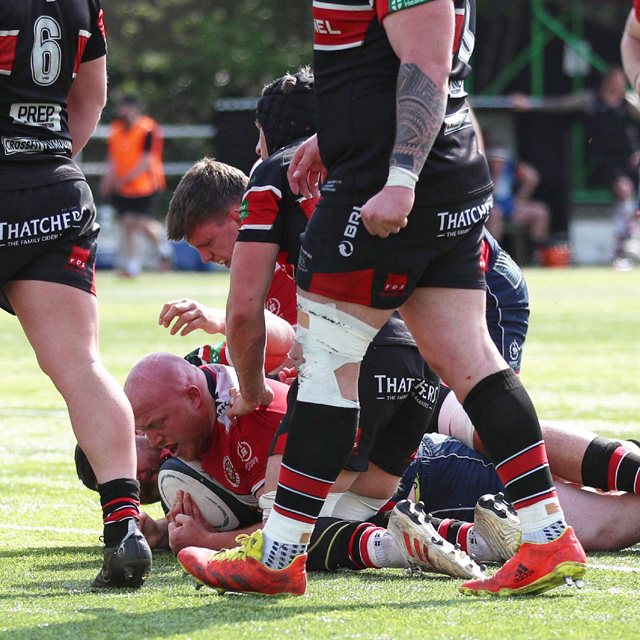 A powerful carry from Clement broke multiple Park tackles who were at sixes and sevens defensively. Putt kept his cool to convert, giving Plymouth 3 points on their travels.

Two tries from driving mauls from Prop Austin Hay and a lung busting run from Winger Ben Howard put Jonathan Mills’ side 21-7 at half time. 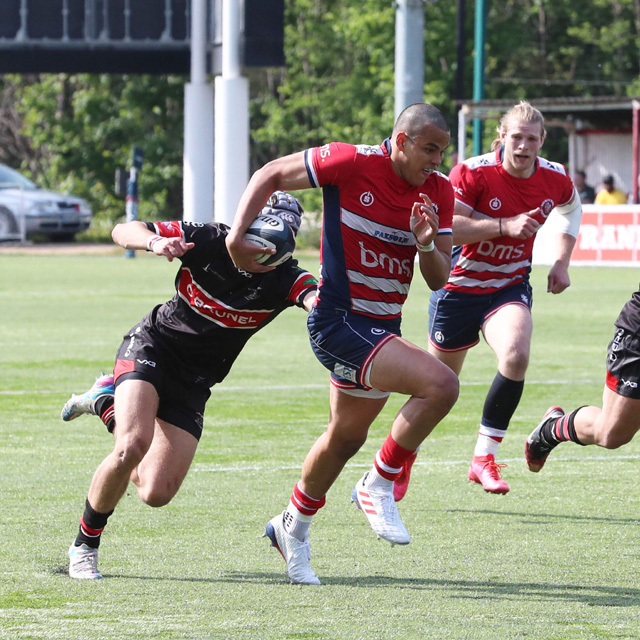 Park came out for the second half with the same intensity as they had in the first. Captain Hugo Ellis, in his final game of rugby, got his 128th and last try for Rosslyn Park. It looked to be a fairytale end for the skipper who has led Park for 9 seasons. But there is no room for sentiment in sport.

The two late tries from Plymouth put the end to any Hollywood ending for Ellis. Park finish 3rd for the third season in a row. Getting over the line has been difficult for Park who at one point were 10 points clear at the top of Nat1.

Plymouth end the season on a high and comfortably safe of relegation. 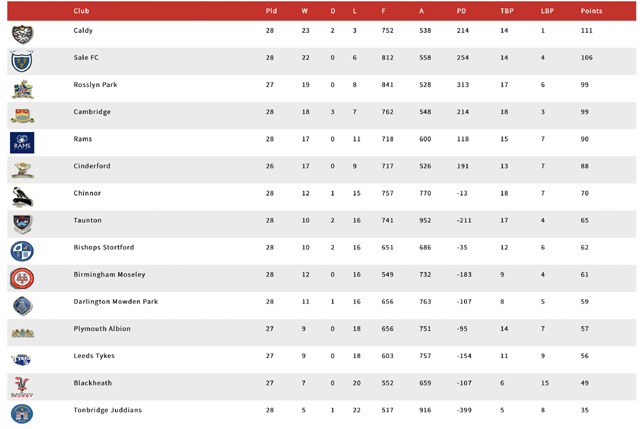 Caldy end the season 17 games unbeaten and deserved winners of Nat1
Sale FC's victory over Chinnor means they stay second, leaving us in third position
Blackheath's defeat means they're relegated from the division along with Tonbridge Juddians

And there we have it. The end of a long and enjoyable season. The boys have provided us with some fantastic moments and matches it the first full season post Covid.

Thank you for all your support. It was amazing to have full crowds down at The Rock and to see so many people back enjoying themselves.

Have an amazing summer and see you all next season! #ComeOnPark