Rosslyn Park survived a scare from a spirited Darlington Mowden Park side to win 28-20 at The Rock. Charlie Piper, Craig Holland, Hugo Ellis and Henry Spencer scored the tries for Park. Chris McTurk, Callum Mackenzie, Freddie Lockwood scored the tries for the away side with Warren Seals slotting the penalty. 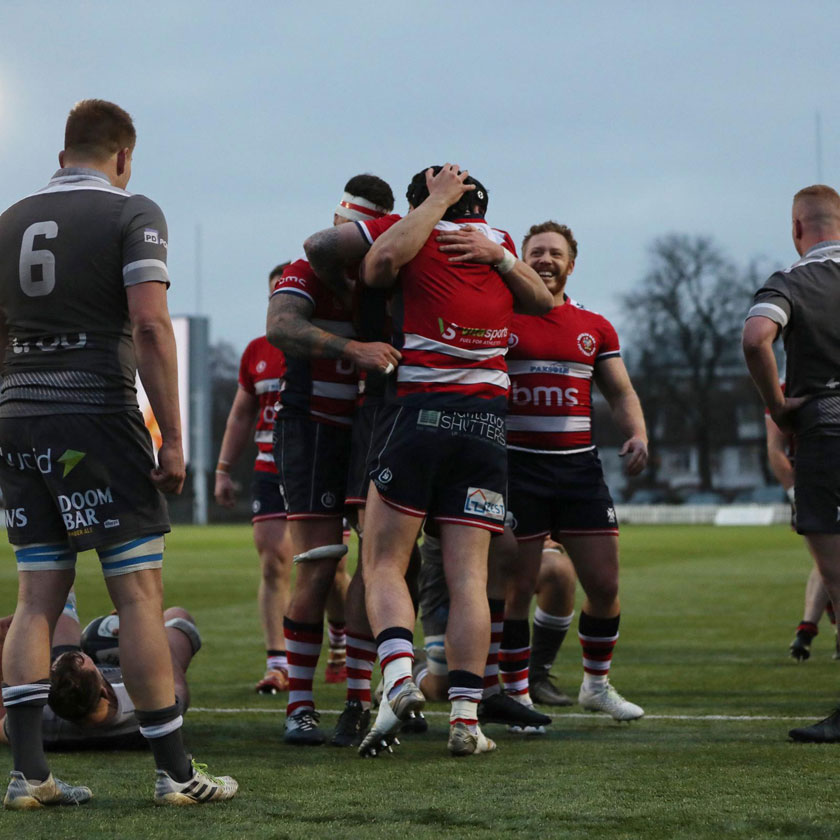 The win means that Park keep intact their unbeaten home record at home this season.

DMP scored an early penalty through Seals after Park infringed at the breakdown. However, DMP then had a man in the bin as Paul Jarvis was penalised for deliberately knocking the ball down. The penalty saw Park kick to touch and another strong surge from the Park pack saw Piper crash over.

DMP responded as McTurk raced over for a score and they capitalised a few minutes later as McKenzie scored their second of the match. Park then went down by 13 points when Lockwood chipped ahead and he regathered the ball to give DMP a commanding lead.

With Park down to 13 points, they desperately needed to respond. Brandon Jackson made a superb break and he fed the ball to Holland who touched down with Park trailing 14-20 at the break. Park were blighted by poor line-out throws but managed to play the game in DMP half’s during the second period. And from all the pressure, Ellis touched down from close range to send the home fans crazy. 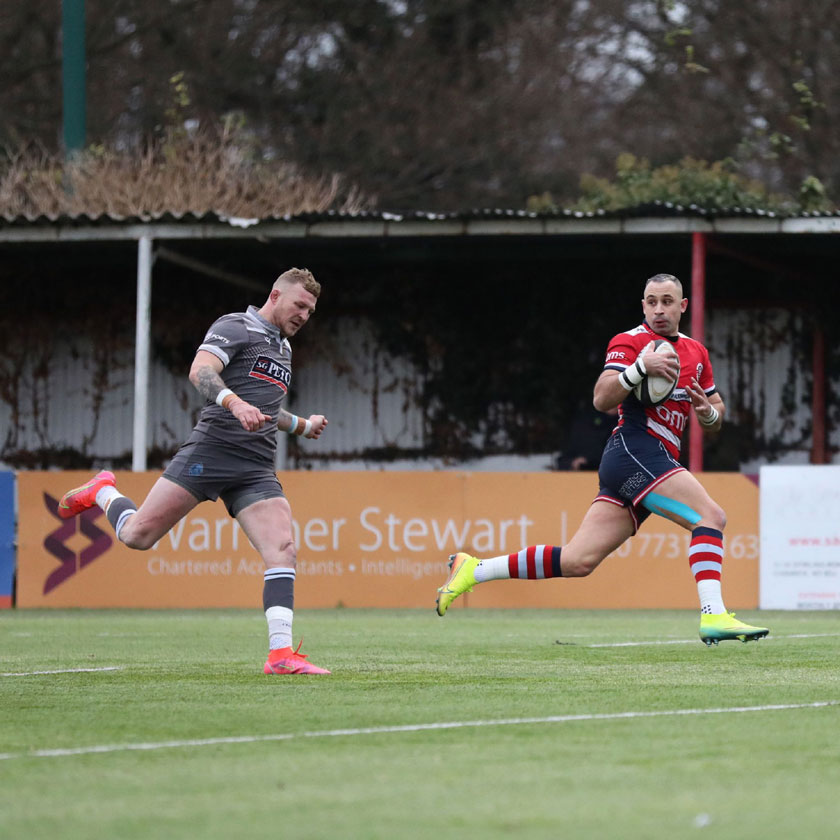 Park then secured the bonus point score as Spencer broke through a number of tackles to race in and hold on to a hard fought victory. 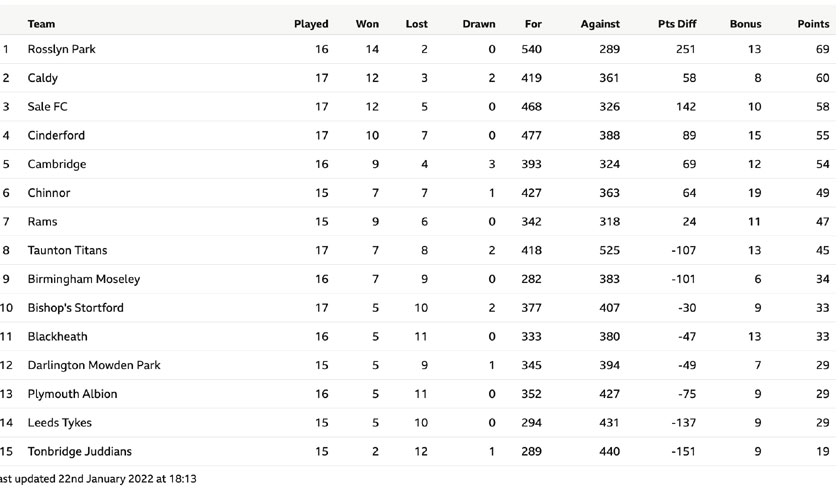 Rosslyn Park go nine points clear at the top of National League One despite DMP's scare.
Caldy are in second after a bonus point win at home to Blackheath.
Sale FC are two points behind in third despite a low scoring game against Plymouth Albion
Chinnor pick up another bonus point despite losing to Birmingham Moseley.
Park's next opponents Bishops Stortford played out a thrilling 27-27 draw with Taunton.

Park finish January with an away trip to Silver Leys to face Bishops Stortford. Both sides met at the beginning of October 2021 and it was Park coming out on top by 14-13 in rainy conditions.