Rosslyn Park ended Cinderford’s unbeaten run as they grinded out a huge 38-31 win at The Rock in front of a raucous crowd.

Park first half saw tries from captain Hugo Ellis, Dylan Flashman and Nick Lovell whilst the away side scored twice through George Boulton and Nathan Taylor with a penalty kick to Reece Boughton.

The second saw more enthralling action as Park scored through Henry Spencer and Ellis before Cinderford hit back with a penalty try before Charlie Piper scored the winning try.

The win takes Park up to second in the league whilst Cinderford remain top with a losing bonus point from the game. 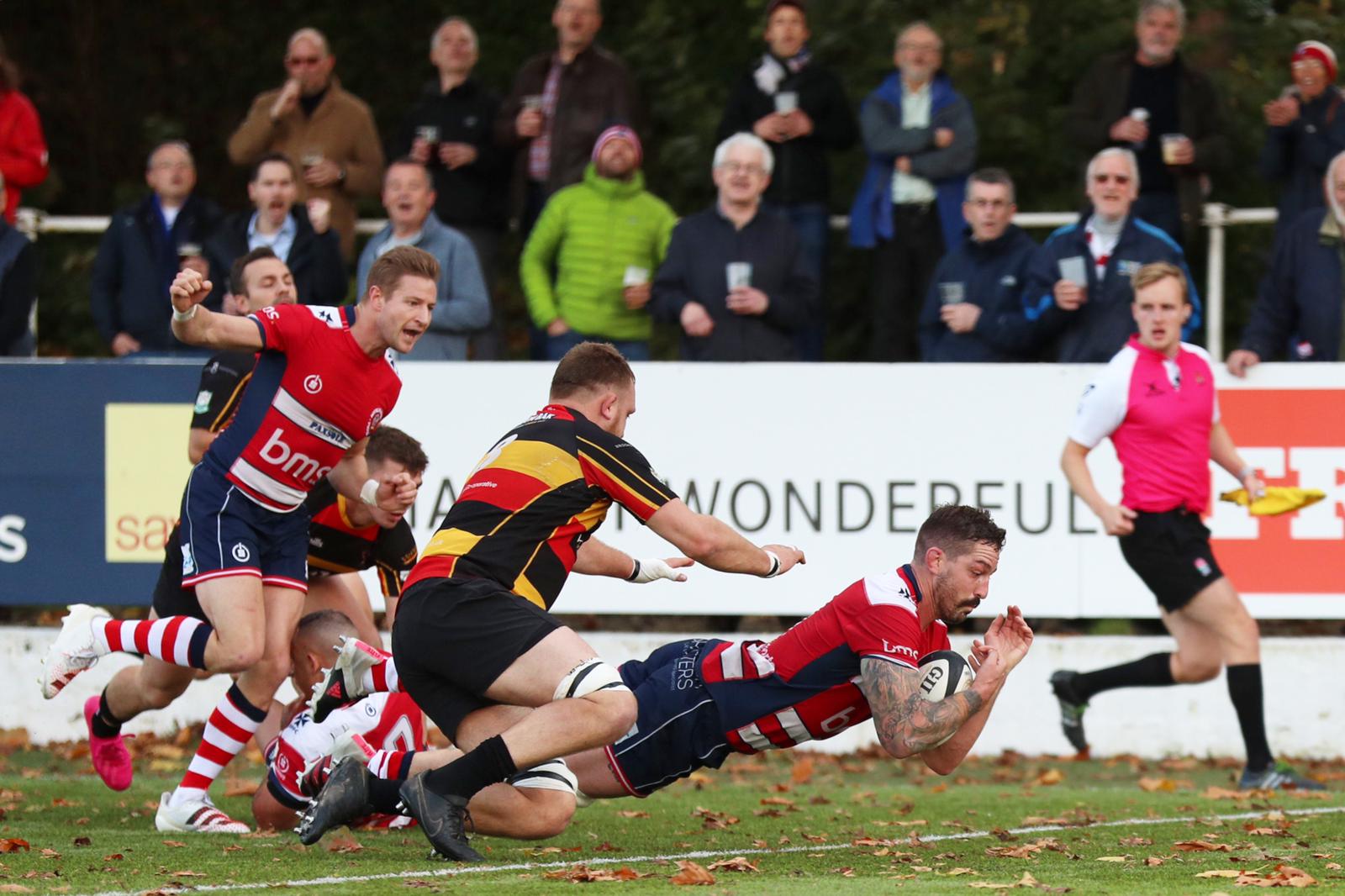 Park went into the fixture after a week off due to Old Elthamians non-participation in the league whilst Cinderford defeated Taunton Titans by 26-21.

Cinderford started the brightest as Boulton slotted an early penalty before Park scored through Ellis. This was Ellis’s fourth try this month having scored in all four fixtures in the month.

But Cinderford weren’t down for long as Jack Gash had his kick charged down from Matthew Lane before setting it up nicely for Boulton to score his try before converting it. 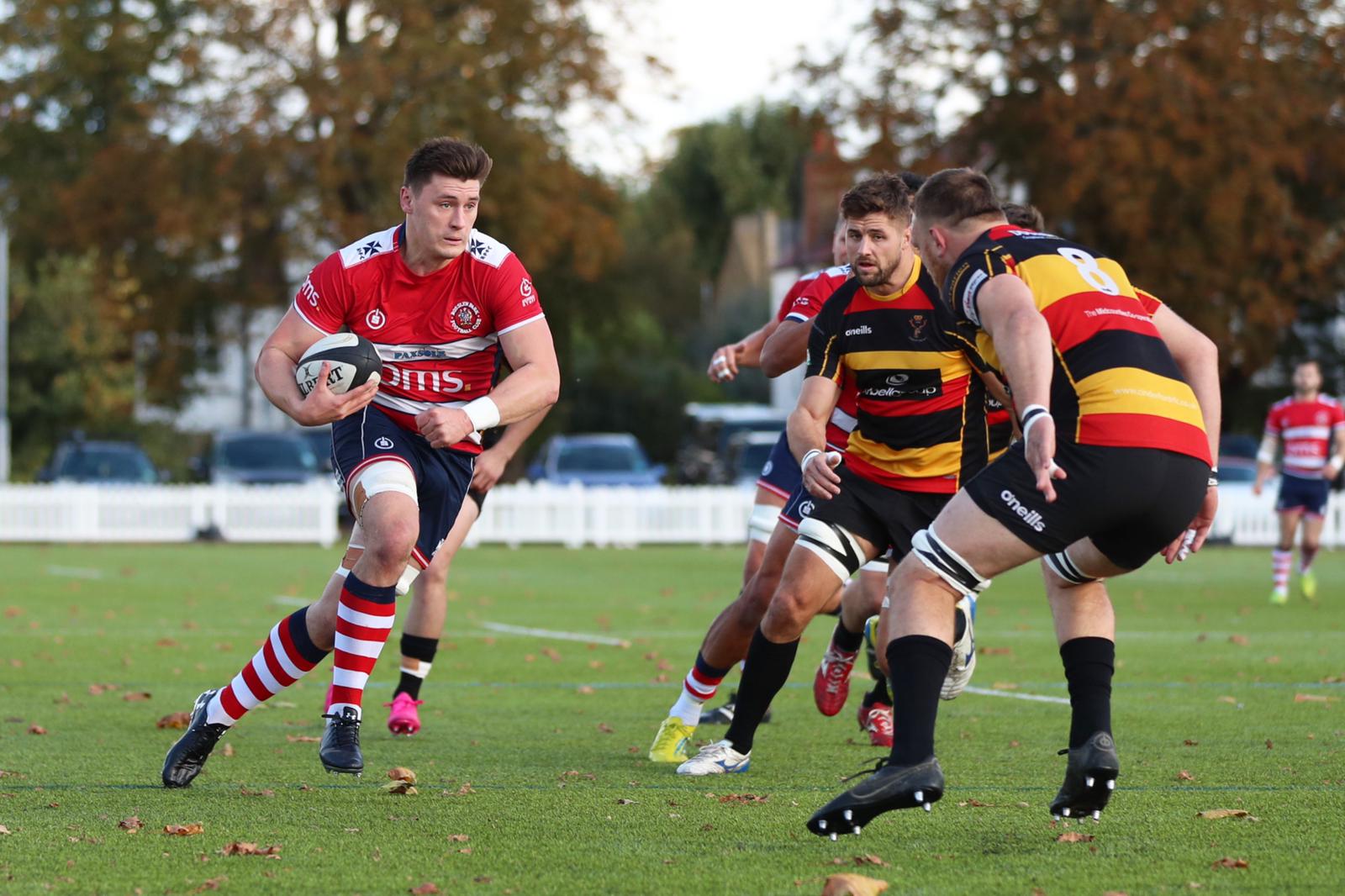 Howard had scored three tries against Leeds Tykes earlier at home this season and it was his blistering pace that set up Park’s second as he sprinted into the 22 before losing the ball backwards for Flashman to pounce on for Park’s second.

However, Cinderford put pressure on Park with the end of the first half being played mostly in Parks 22 and from a Cinderford line-out they manage to drive over through Taylor.

Austin Hay was then subbed off for Lovell and Lovell impact was felt instantly as he crashed over for Park’s third.

However the away side hit back with Boulton scoring his second before the referee blew for half time with Park trailing by 19-24.

The home side started the brightest in the second half and it was Spencer that crashed over from a maul to score the bonus point try for park.

Park were once again camped in their own half before winning a penalty and winning the resulting line-out that saw Ellis score his second.

But Cinderford were rewarded for their pressure and their powerful maul saw them get a penalty try with Dan Laventure sent to the sin bin.

But in true Park style they had the last laugh with Piper on for Jared Saunders the key to their sixth try to send the Rock delirious. 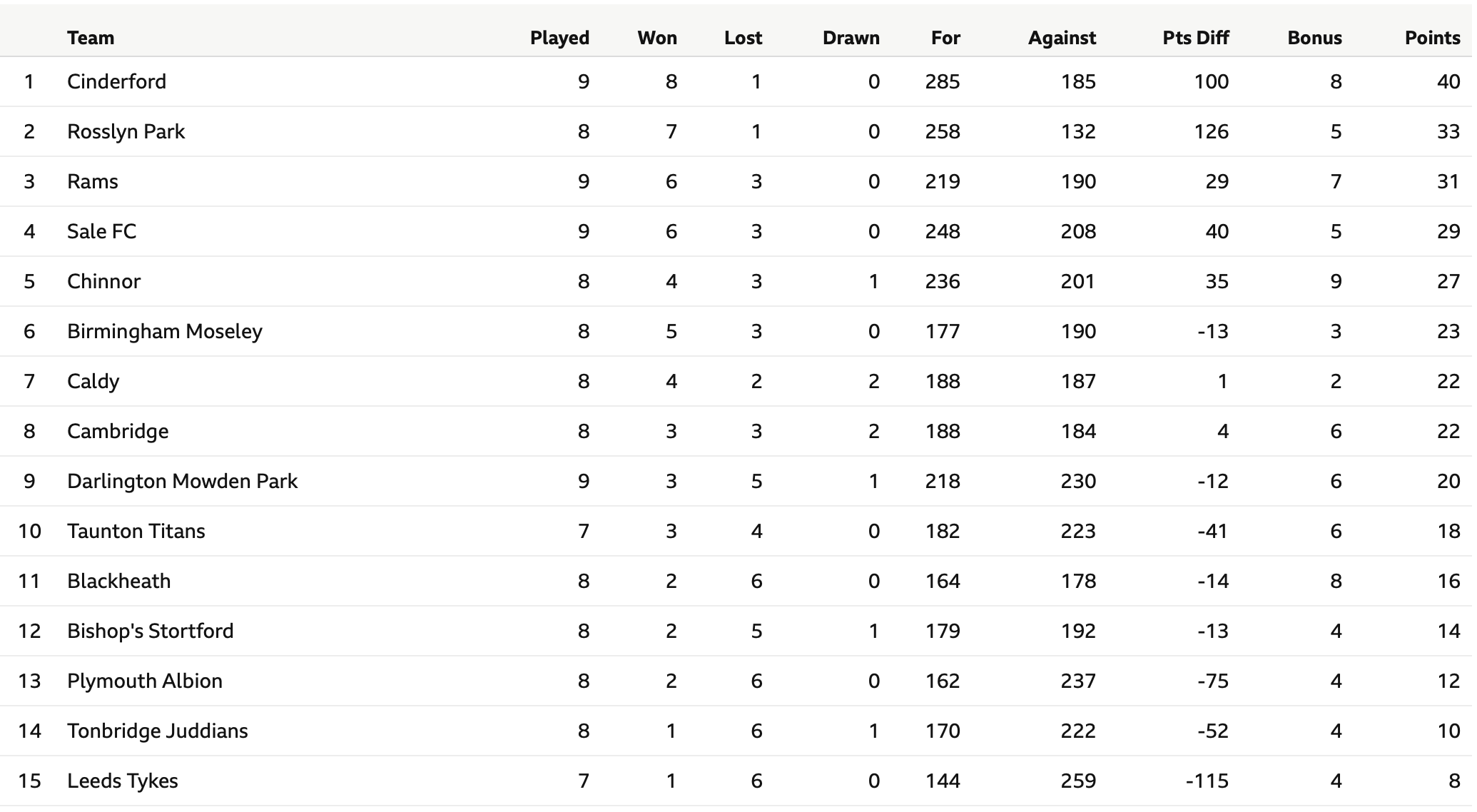 Rosslyn Park climb up to second after defeating Cinderford who still remain top.

Park's second place is down to Rams losing at home to Sale FC by 21-32.

Taunton Titans and Birmingham Moseley was postponed due to Covid.
Cambridge and Darlington Mowden Park fought out a superb 26-26 draw.

Chinnor are fifth in the table after an away win over Tonbridge Juddians.

In a fortnights time, Park resume their season away to Birmingham Moseley who had their game postponed with Taunton this week due to Covid.

The last time the sides met was in February 2020 and saw Park grind out a 19-31 win against them.