It was jubilation for the travelling Caldy who battled with real spirit to get a huge victory in the race for promotion. Tries from Nick Royle and Lucas Titherington meant it was delight in the capital for a Caldy side that now draw 7 points clear of second placed Sale FC. 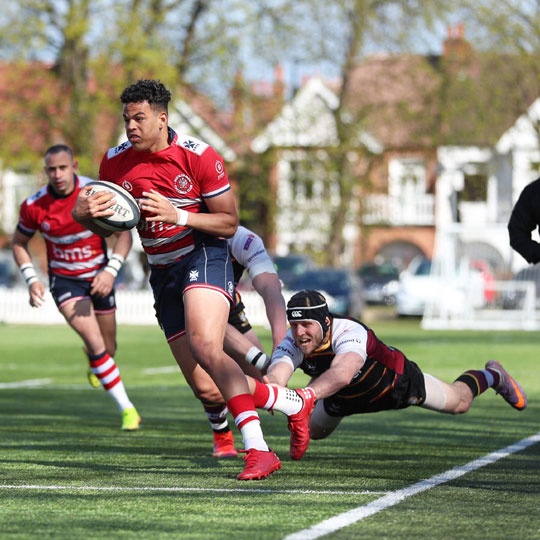 The team from Merseyside came out the blocks quickest. After a few phases in midfield winger Royle got on the end of a chip and run putting Gareth Davies’ side 5-0 up after five minutes.

Caldy continued their fast start suffocating any semblance of a Park attack. They extended their lead by 8 when a good kick from Hinchliffe, who was filling in kicking duties for the injured Ben Jones, went over. 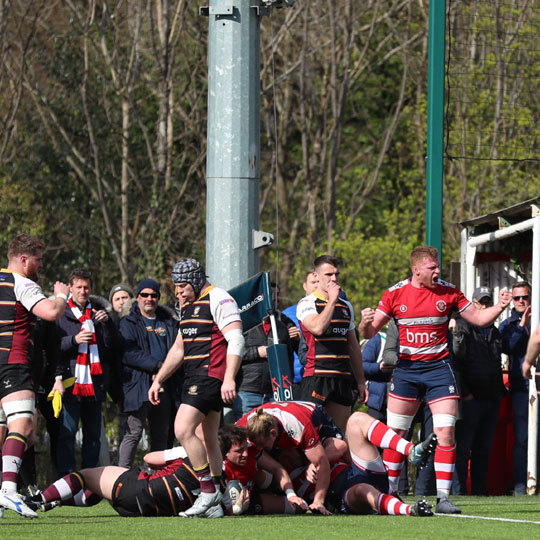 In was around the 30 minute mark where Park started to click into gear. A penalty kicked to touch resulted in a strong five metre driving line-out. The ball then went into the hands of Arthur Ellis who jumped over.

With the game on a knife edge it was Park’s indiscipline that was to cost them. An incident off the ball with Park’s Marfo and Caldy Tighthead Nathan Rushton would ultimately have a huge say on the match. Marfo was sent off for foul play.

Park head coach Jonathan Mills had his say on the incident, ’The Tighthead knows what he is doing he’s held Benji down and Benji’s reacted.’

Interestingly Park played their best stuff after the red card. Being encouraged by the home support they started throwing the ball around and some neat combination play allowed space for Craig Holland to touch over.

With their tail up Park decided to take the points when they were awarded a penalty inside Caldy territory. Leonard made light work of the kick that saw Park go up 17-11 up.

However with a man down, tiredness started to set into the Park legs. Caldy turned the screw, like they so often have, and were finding it easier to make metres.

This pressure turned into points when Prop Ryan Higginson made a line break in midfield and offloaded to his team mate who then put away Titherington to score under the posts. Hinchcliffe crucially put away a pressure kick to see Caldy run out 17-18 victors

A resilient Mills commended Park players saying ‘they left everything out on the pitch. I’m proud of the performance’.

It was a disappointing day for Park but one in which the fans can be proud of. With a man down for most the second half, against a really good Caldy side, we battled hard and on another day would have taken this tight game. 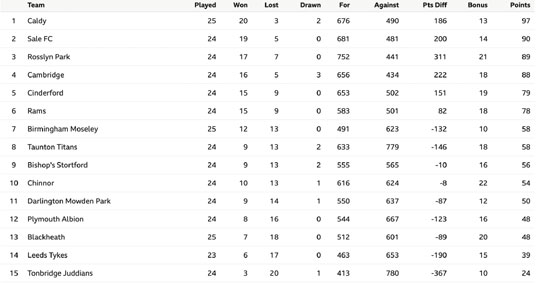 Chinnor Preview
Next week we head to Oxfordshire for another tough game against 5th placed Chinnor. If you can make the 1hr 30 minute journey north to Kingsey Road then your support would be fully welcomed!

Back in December we beat Chinnor 28-27 is a tight affair at the Rock. Phil Cockanasiga was in scintillating form scoring two mazy tries to get us over the line with 5 points.