Rosslyn Park returned to the top of National League One after a tight 14-13 win over Bishops Stortford at the Rock.

Three Owen Waters penalties, a Hugo Ellis try was enough to see Park over the line.

Stortford were able to respond with two George Cullen penalties and a James Thacker try.

However, Cullen had two penalty opportunities to win the game for Stortford but he dragged his kicks wide.

Waters managed to open the scoring after slotting an easy penalty from right in front of the post. He was able to add to his tally a few minutes later.

Cullen then responded for Stortford as Park were caught in an offside position to cut Park’s lead to three midway through the first half.

The first half saw a lot of tactical kicking and huge hits from both sides in attritional conditions. However, Park managed to cross the whitewash from a driving maul with Ellis scoring the try from a powerful driving maul.

Waters slotted a penalty from halfway at the start of the second half after Stortford were offside. 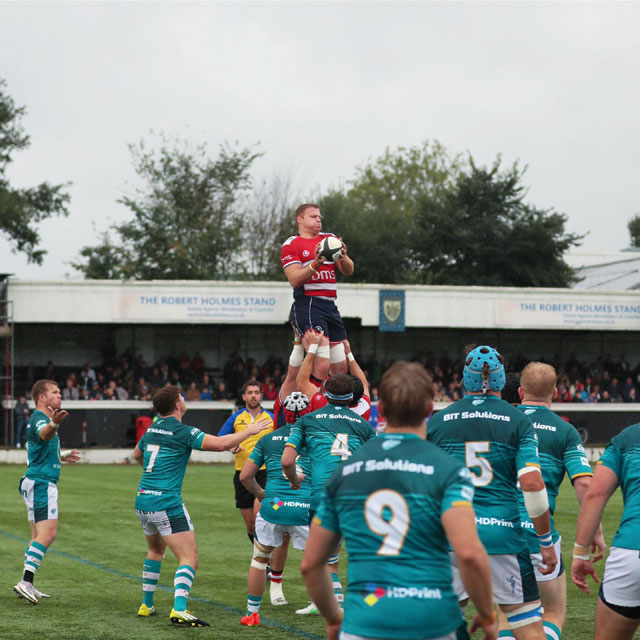 Stortford were able to apply pressure to the Park side and broke through fifteen minutes into the first half as Thacker scored from a driving maul. Another Cullen penalty was able to send nerves around The Rock.

Cullen had two golden chances with less than five minutes to go to secure Stortford the win but ultimately his kicks proved unsuccessful as Park held on for a huge victory. 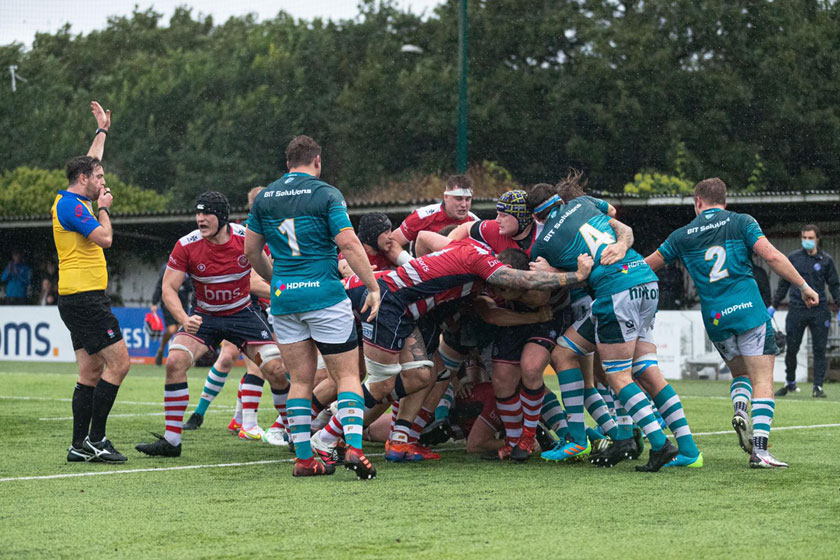 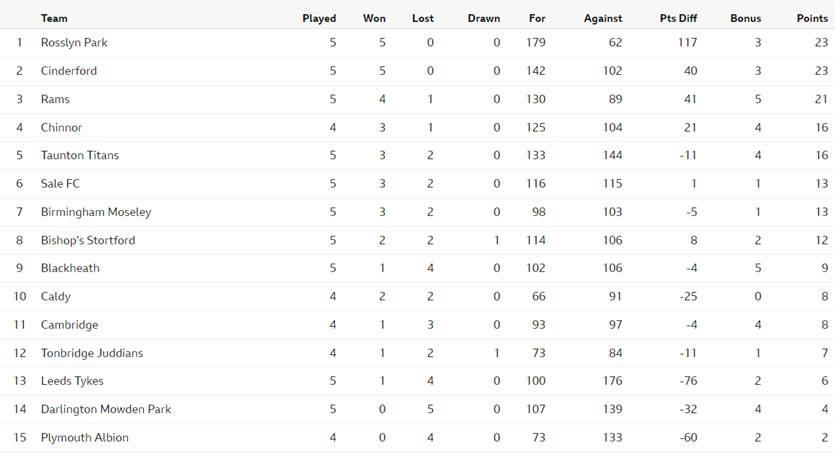 Rosslyn Park’s fifth match sees them back at the top of the National League One.

Rams record their first loss of the season after a last gasp penalty gave Taunton Titans an 18-17 win.

Cinderford move up to second after winning 12-21 at Tonbridge Juddians.

25 tries were scored this weekend.

Next up for Park is a trip to Berkshire to face Rams who recorded their first loss of the season in an away trip to Taunton.

The last time the sides met was in November 2019 when Rams won 27-20 in a season where they were able to finish third.