Dan Laventure’s break was the winning moment for the home side in front of a 2,000-strong crowd at The Rock. Craig Holland and Paul Doran-Jones got on the scoreboard to keep ahead of Richmond despite Tom Hodgson’s kicking.

We were a little bit tired after our exploits against Chinnor but the boys raised their game and showed some great courage. Ultimately, they took control of the catch-and-drive maul game. It dictated our play and put them on the back foot.

We know we’ve got a good defence. Sometimes our defence lets us down and we gave away too many penalties that kept them in the game."

“Rosslyn Park were definitely the better side in the first half but I thought we came back really well in the second,” he said.

“We had a lot of territory and possession but one or two inaccuracies in that final third let us down. At 14-12, I thought we could drive to the line but these things happen. Park were more accurate than us, so hats off to them.

The guys wanted to win this game but that second half performance meant we only gave away three points.” 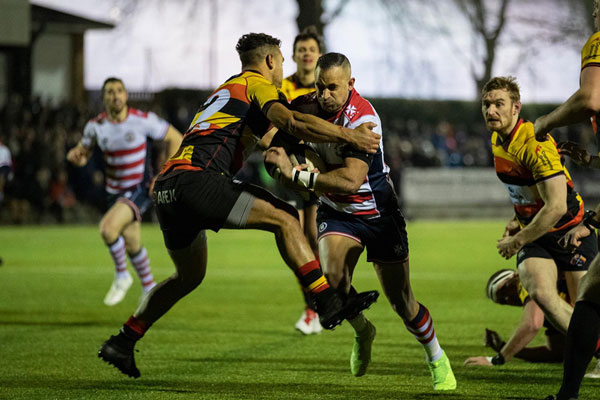 Hodgson put the visitors ahead after nine minutes with a penalty from a collapsed scrum, finding the posts 20 metres out.

But Park’s pack got them rolling four minutes later, Dave Lewis feeding Holland from deep as the club’s top scorer side-stepped two tackles for the line.

Richmond’s No.10 had another penalty on 17 minutes after a failure to bind from a long line-out, scoring from the 22. The rest of the half belonged to Park as their defence forced the league’s top side inside their own 10-metre line. And the reward came in the last move of the game after five minutes of driving, Doran-Jones leaping over the line. 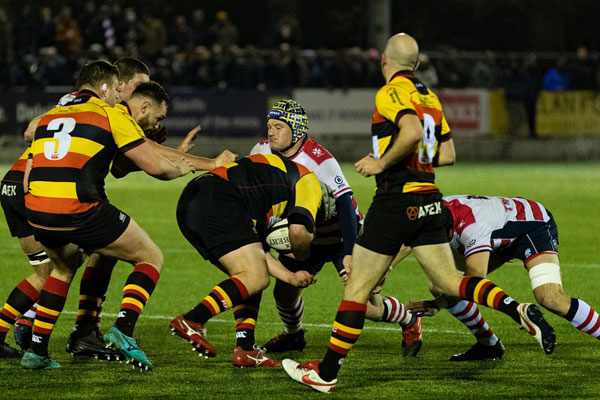 It was all Richmond four minutes after the restart – and their aggressive attack won a penalty for not releasing under the posts, Hodgson getting a hat-trick. The visitors closed the gap to two points on 55 minutes with another penalty for the top scorer in the same position.

Park edged their way back in, though, and a break at the maul from Hugo Ellis fed Laventure to smash his way over the line under the Friday night lights. 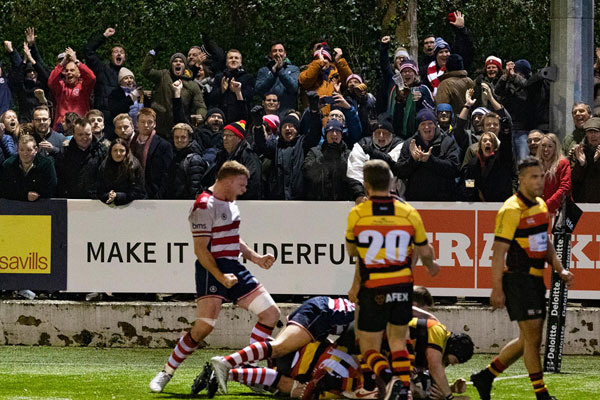 Park have a two-week break before heading up north to face National League 1’s bottom side Hull Ionians.

After losing a relegation scrap 24-15 against Canterbury, another season in National League 2 North is soon beckoning.

It is just over two years since Park last visited Brantingham Park, losing a tight affair 27-26 thanks to Greg Lound’s last-minute drop goal.