Kieran Power praised his Rosslyn Park side’s grit as they battled to a win over Darlington Mowden Park at The Rock.

Gregor Gillanders grabbed a bonus point in a turnover scrum as Arthur Ellis scored a fifth try in three games. Craig Holland also got on the scoreboard after a penalty try, putting Park a point nearer to league leaders Richmond.

Director of Rugby Power said: “Around the park, the boys grafted really hard. It’s hard to play into a wind like that as a pack but they really stuck to task and it paid dividends. We controlled the territory that bit better in the second half and were able to come away with two tries that kicked us on for the bonus.

"I was really pleased with the grit to stay in there. They got stuck in together, stayed tight, their energy and control was that little bit better. There’s still a lot of rugby to be played, so we just have to take it one at a time as anyone can beat anyone.” 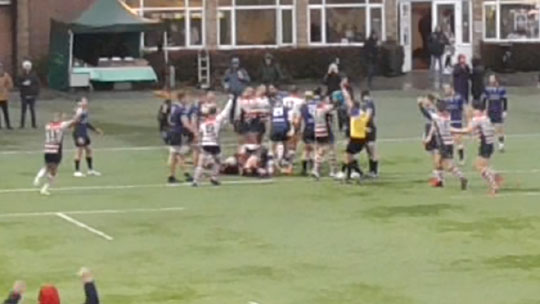 Park were given an advantage after just 10 minutes as Paul Jarvis and Ben Frankland were given sin bins within two minutes of each other. The home side used the advantage to win a penalty try from a driving scrum after 14 minutes.

National League 1 top-scorer Warren Seals had the chance to kick points on the board from a penalty seven minutes later but the wind pushed his attempt wide. DMP, though, did get on the board after 27 minutes, Brandon Asher-Wood breaking through the defence – but the fly-half missed the extras. 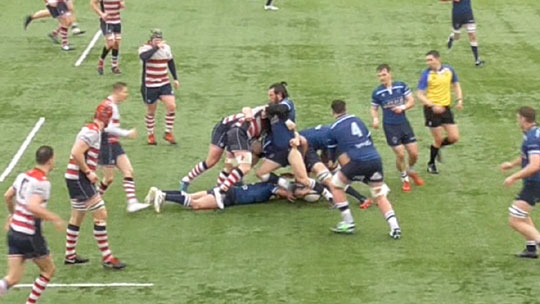 It allowed Park to build momentum, finishing the half with a massive drive for Ellis as Greg Lound reached 100 points for the season.

The home side continued this after the restart, Holland sprinting into the left corner from a breakaway on 47 minutes.

Power’s side, though, were given an obstacle as Paul Doran-Jones was sin-binned on the hour. And DMP responded immediately, the quick penalty leading to driving play to be finished by Max Davies. 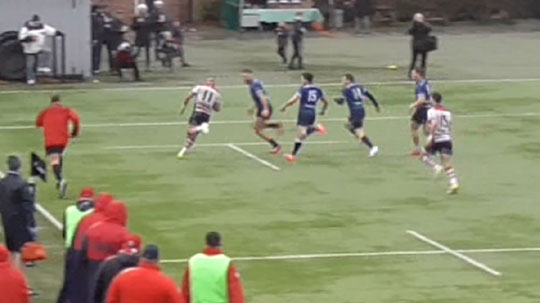 Park did not stop battling, preventing the visitors from capitalising further on their one-man advantage. They were rewarded with a bonus point in the final minutes, the pack turning over a scrum on the opposition’s five-metre line and Gillanders jumping onto it. 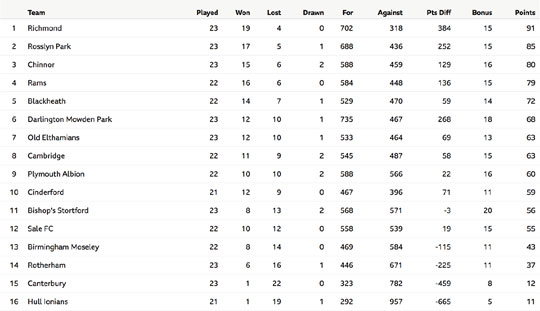 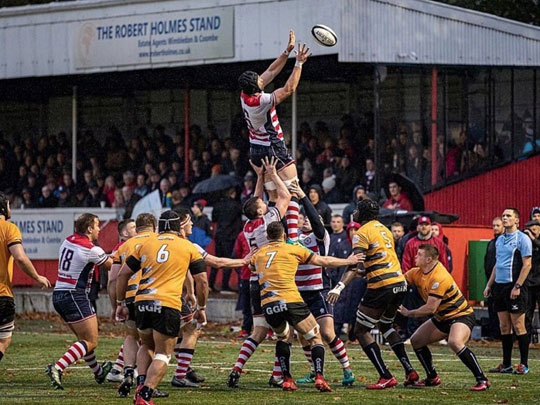 Park face a trip to Chinnor, who have been keeping up pressure on the top-four throughout the season.

The Thame-based side were forced to battle for their 7-0 win at the Marine Travel Ground against Canterbury.

And they are in for a battle with Park, drawing 27-27 at The Rock and drawing 31-31 in the last visit to Kingsey Road.