Welcome to our National League 1 bulletin, providing you with a weekly round-up on the playing front that includes: 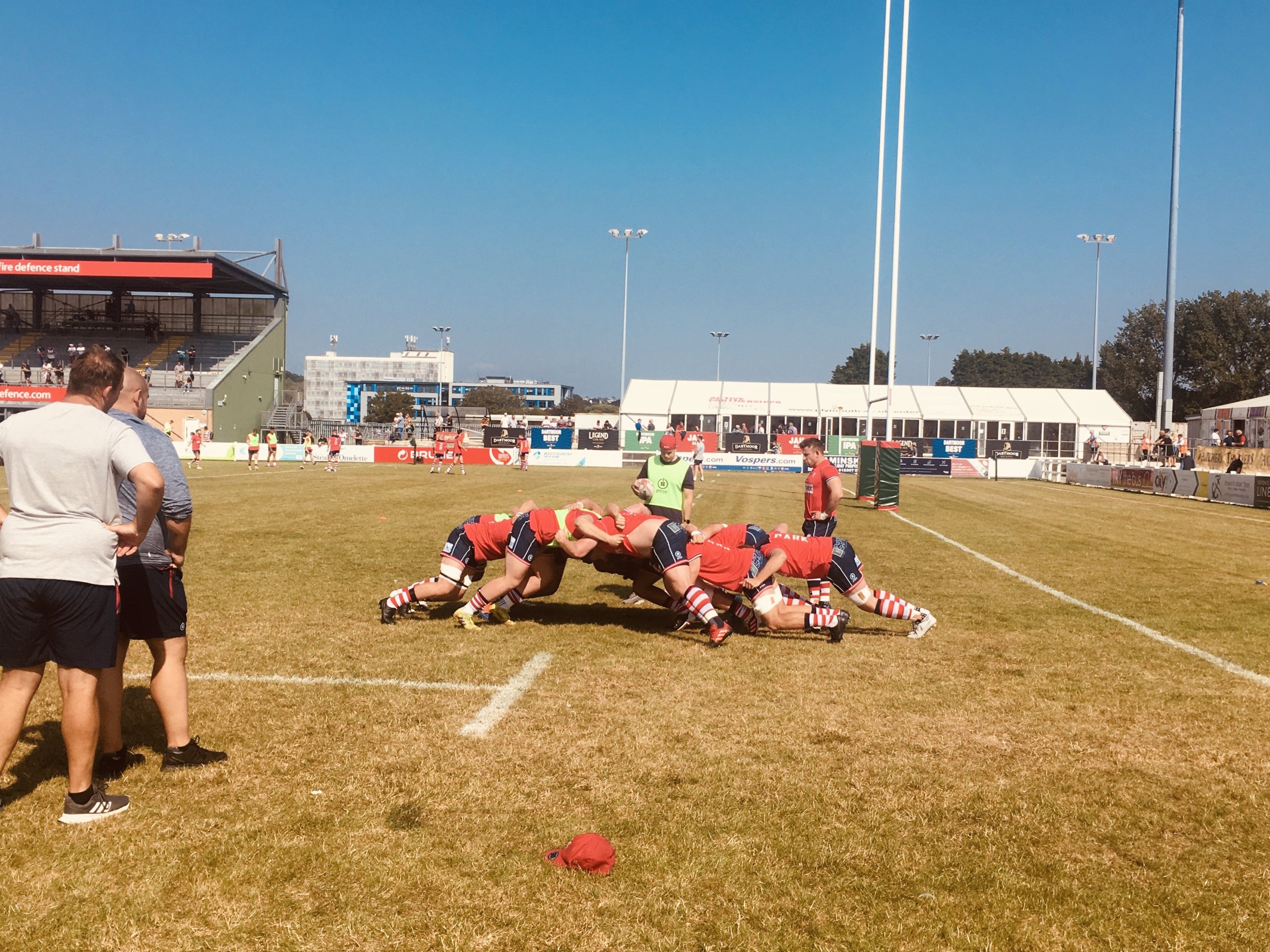 Rosslyn Park returned to National League One after 18 months with a convincing 8-37 win over Plymouth Albion.

Ollie Waters slotted two penalties on a sunny afternoon down on the south coast.

It sends Park to the top of the table setting the season up nicely for them with a home fixture up next.

Just before the match, Craig Holland was a late withdrawal through injury which saw Waters moved from the bench to the starting XV.

Park struck back a few minutes later with Robinson slicing through the defence like a knife through butter to give Park the lead.

Albion repeatedly infringed at the breakdown which made Waters life very easy as he slotted penalties in front of the post.

However, when Albion were on the attack it was the turn of Park to be repeatedly penalised and this resulted in two yellow cards for both Alex Hay and Hugo Ellis.

Albion then managed to get themselves on the scoresheet just before halftime from a well worked driving maul.

Waters had chances to extend Park’s lead before the break but was unable to convert his chances.

The second half saw Park’s game burst into life with Jackson scoring a well worked try after solid build up play from the forwards saw him crash over.

Park’s third try came ten minutes later as Ellis streched over from close range to see the game out of sight for the home team.

A driving maul set up the bonus point try with Gillanders crashing over to give Park the maximum five points.

The icing on the cake came as Howard sprinted down the left wing to race in for Park’s final try of the afternoon sealing a comfortable win in the end. 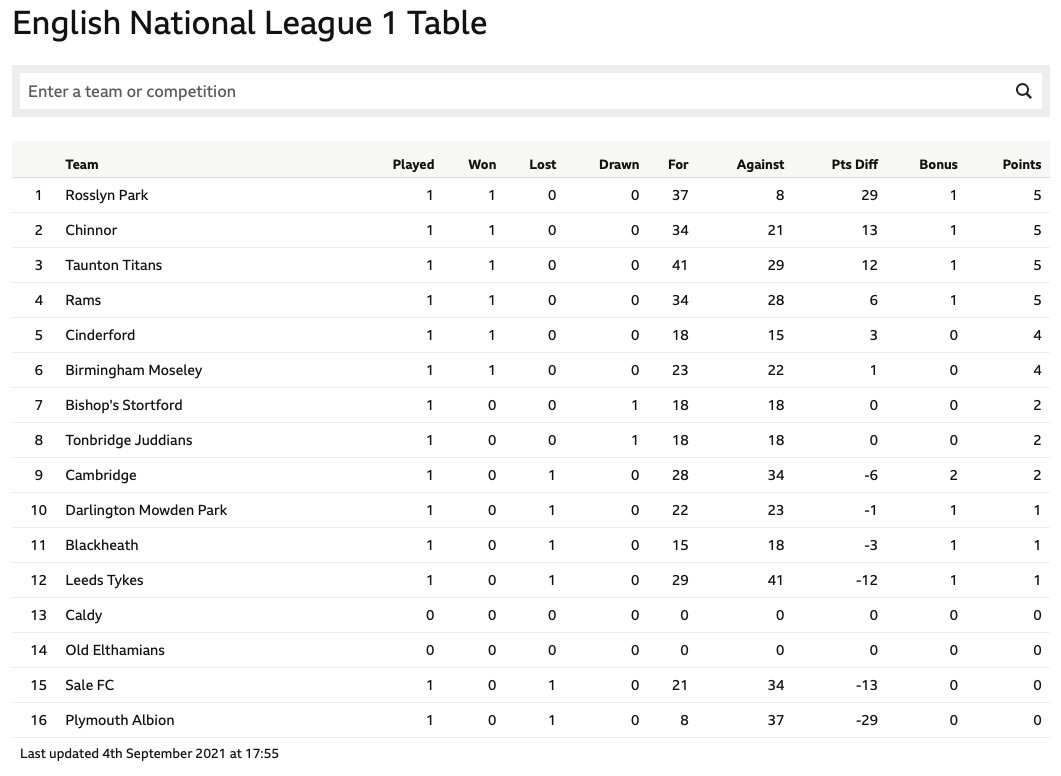 Chinnor are second in the table after defeating Sale FC by 13 points at Kingsey Road.

Taunton are in third with the Rams fourth as the season gets underway.
Park’s nearest rivals Blackheath started the season with a three point loss at home to Cinderford by 15-18.

The opening weekend saw a draw between Tonbridge Juddians and Bishop’s Storford where the score was 18-18.

Caldy did not take part this weekend as they were meant to play Old Elthamians but due to the latter’s withdrawal from the league they will start their campaign next week away to Gloucestershire side Cinderford.

48 tries were scored across the whole weekend of fixtures.