Hugo Ellis’ brace guided Rosslyn Park to a 33-20 win against Old Elthamians, ending the decade with a win at The Rock.

Craig Holland capitalised on a defensive error to open as Dan Laventure and Joe Munro put the London side on top at Christmas.

Park were handed the lead after 14 minutes when Tom Vaughan-Edwards picked up Ben Howard’s kick in the middle of the pitch. The hooker then used some quick-thinking to feed Holland, who charged through an open gap in OEs’ defence and into the corner. But the visitors were on the scoreboard 10 minutes later, Ollie Bryant kicking a penalty from the 22-metre line.

Park responded in the best way as they immediately hassled OEs’ try line – and Laventure found the gap on the half-hour. The third try was secured on the stroke of half time, Ellis hitting the turf from a driving maul.

And Kieran Power’s men came out firing for the second half, being rewarded with the captain’s second driving maul three minutes in as well as scoring bonus point.

Elthamians found space on 56 minutes when substitute Alex Brown’s counter-attack saw Ollie Claxton pick up a loose ball for the visitors’ first try. But Park responded once again, Joe Munro running from deep to scythe through the defence on the hour.

The visitors were not finished, though, as substitute Nathan Morris drove over from a maul with 16 minutes to go.

Fans were left on the edge of their seats when winger Neville Edwards was sin-binned for an offside tackle on 71 minutes. But Elthamians could only muster another mauling try, finished by centurion Lewis Brown, as Park returned to the top of National League One. 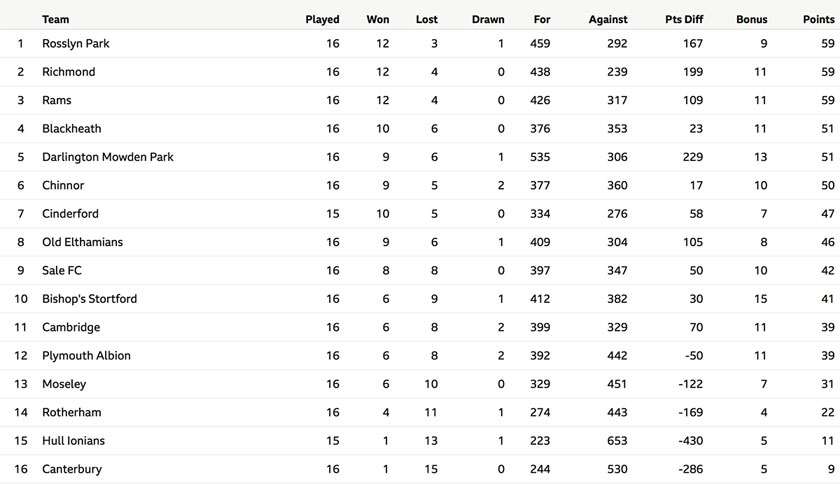 Park kick off 2020 with their first trip to the Marine Travel Ground against Canterbury since 2010's National 3 South clash.

The Kent side battled valiantly against Blackheath but were non-plussed by three early tries in a 28-17 loss.

Kieran Power’s men will be full of confidence for this trip after recording their biggest win of the season against them in September with a 47-14 win.