Ben Howard’s brace set up a six-try haul for Rosslyn Park against Hull Ionians at the Rock.

Kieran Power saw five different scorers get over the line, drawing level with Richmond at the top of the table.

The scoring started seven minutes into the game, Howard finishing off James Freeman’s break on the right wing.

Ionians nearly went clean through with James Tincknell’s run – but Dave Lewis put his body on the line to stop him.

And Park doubled their lead on 23 minutes, Josh Amadi’s debut break ending with a second score in two games for Nick Scott.

The visitors then handed a gift to Powers’ men as Tom Peters was sin-binned on the half-hour.

Hugo Ellis reacted quickly from the following line-out as Lewis fed a deep-running Howard for his second try.

But Ionians got on the board before the half-time whistle, Max Titchener slotting from 20 metres out on half time.

Park’s bonus point was secured five minutes into the restart as top-scorer Ellis pushed a maul over the line.

Gillanders used a feint to score his first try of the season 12 minutes later before Craig Holland ran round the right wing with four minutes to go.

Lewis Minikin grabbed a consolation try in the last move of the game as Park celebrated a try haul. 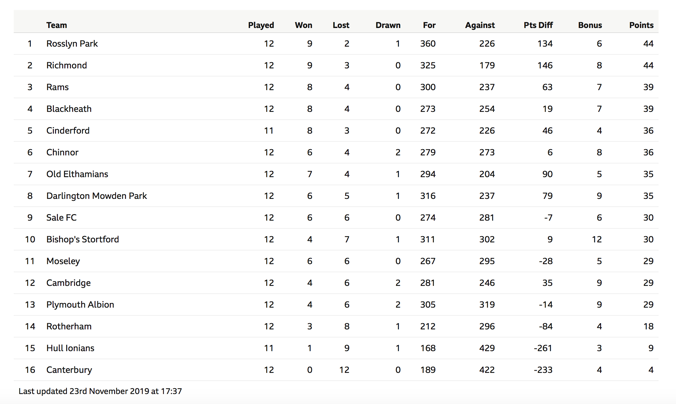 Park face another top-of-the-table clash as they travel to Rams for the first time in National League 1.

The National 2 South winners have been in sparkling form, continuing with a 48-22 win against Canterbury on the road.

The boys go to Old Bath Road for the first time – but they could be reunited with former Park man Connor Hayhow.