Craig Holland’s penalty drew the London side level after James Butler’s kick before changing gear, ending their 2019 travels with a narrow win.

It was a first 20 minutes defined by errors, with four lineout losses between the teams. But the home side got the first break, a hand in the scrum allowing Butler to kick a penalty from the 22-metre line.
Park, though, had a response within three minutes as Holland grabbed three points back with his own kick from the same position. The Foresters nearly threatened the try line with eight minutes to go with a scrum but were judged to be moving sideways.

Kieran Power’s boys came out firing for the second half, attacking Cinderford’s back line early with deep runs. And they were rewarded on 50 minutes, captain Ellis being driven over the line for the first – and only – try of the game.

The visitors kicked on from there, cutting down the error count as the Foresters continued in the same way. Tom Vaughan-Edwards worked brilliantly with Gregor Gillanders to communicate the set piece while Dan Laventure snapped at the Foresters’ line constantly.

Despite some late possession, the home side never threatened as winger Ed Bogue was pushed out on the whistle. 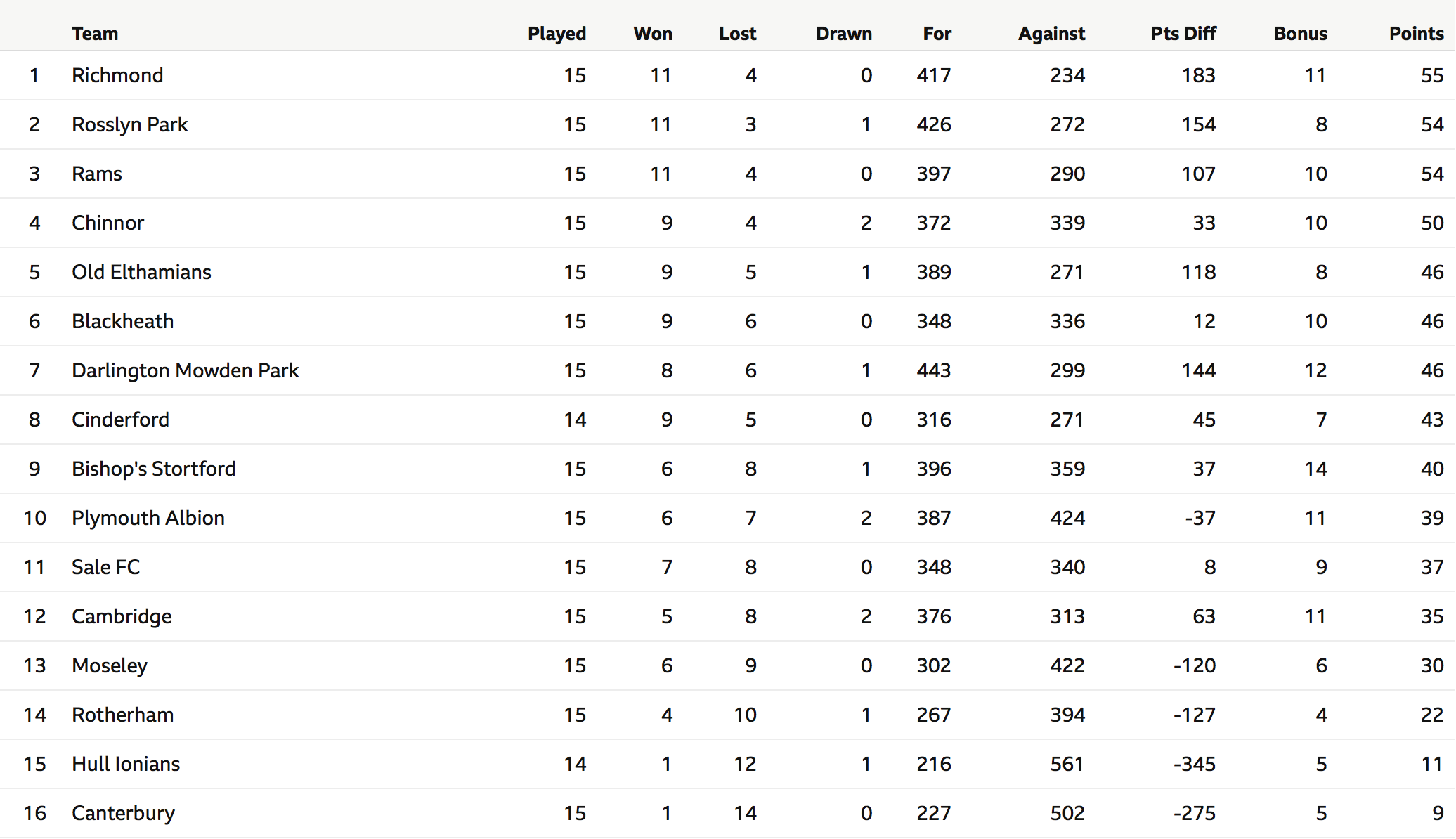 Park begin the second half of the season with their fourth London derby of the campaign, welcoming Old Elthamians to the Rock.

The College Meadow side held off capital rivals Blackheath to win 31-25 on the road.

Power’s boys will hope for a repeat of the last match-up between the teams at the Rock, a 37-24 win in September 2018.

Watch all the tries from Park's 30-24 win at College Meadow in September here.