Josh Amadi and Ryan Roach both got their first tries for the club, adding to Arthur Ellis’ sixth try in four games. But two late sin-bins for Stewart Maguire and Dan Laventure allowed the home side to drive a maul in the last minutes, adding to Joe Rees and Jason Worrall’s tries. 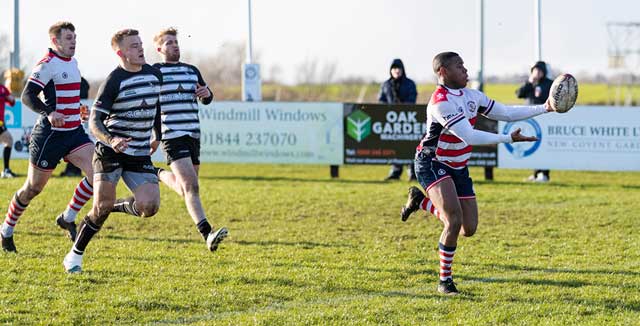 Chinnor jumped off the blocks and earned a penalty after just three minutes, top-scorer Laurence May finding the posts from 10 metres out.

Park, though, did not let this slide as Ellis led a charge at the restart, blocking May’s clearance kick and chasing it down before sliding across the muddy turf to the line. Greg Lound, with 21 points in his last three games, added the extras into the winds of Storm Jorge. 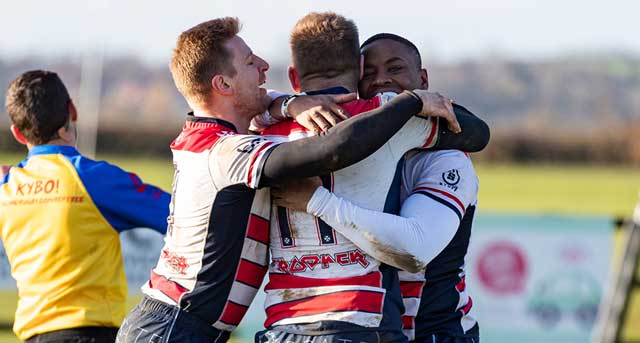 That was the last Park saw of Chinnor’s half, though, as the home side pitched camp with wide play and aggressive set pieces. This resulted in another penalty on 20 minutes for not rolling away, which May dispatched from the 22-metre line.

Continuous attack on Park’s line ended with a breakthrough on the half-hour, Rees finishing a series of pick-and-go moves on the left.

While May could not add the extras, he grabbed a penalty hat-trick on 37 minutes after a high tackle. The home side finished with a flourish as National League 1 top-scorer Worrall found space in the right corner with the last move of the half.

The half-time gave Park salvation – but also a turn in fortunes. 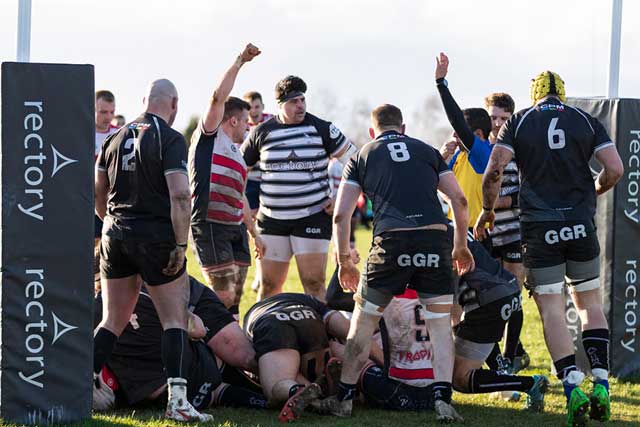 Kieran Power’s side stretched Chinnor before a series of drives pushed Roach over the line under the posts, with Lound kicking from a short distance.

And the London side pounced again within seven minutes when Sam Yawayawa’s loose pass was pounced on by Nick Scott, who booted the ball downfield and raced with Will Harries. But substitute Amadi came out of nowhere to tear past both of them, covering the distance in seven seconds for the third try as Lound’s kick gave Park the lead.

The No.10 had the chance to extend the lead with 10 minutes to go from a penalty but his strike flew wide. It was not meant to be when Maguire was sin-binned for an offside interception and Laventure for pulling down at a lineout within minutes, Selway’s drive sealing the game. 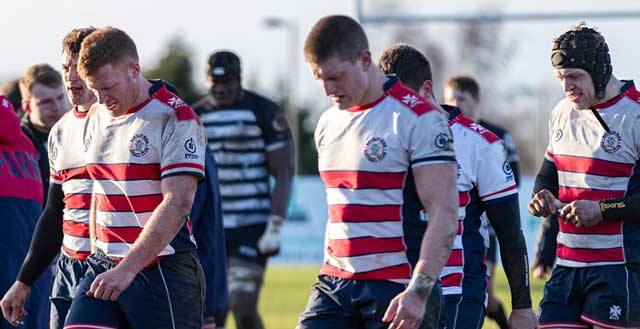 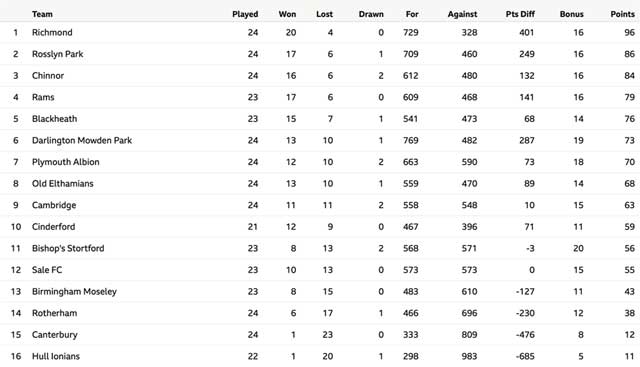 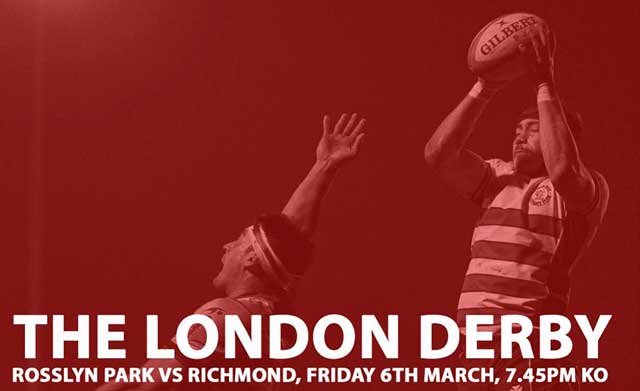 Park play out a table-topping clash with their London rivals under the Friday Night Lights on March 6.

Kieran Power’s side, though, are now 10 points behind as the league leaders beat Canterbury for a 11th consecutive win.