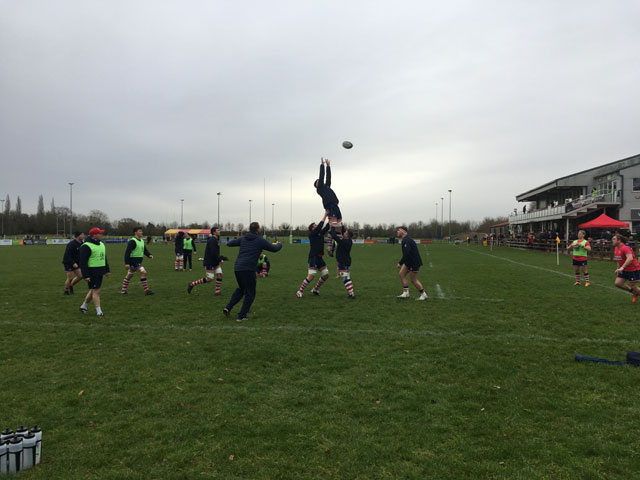 Rosslyn Park slipped to their second defeat of the season losing 34-29 to Cambridge at Volac Park. Tries from Nick Lovell, Nick Scott, Hugo Ellis and two from Brandon Jackson were not enough to overpower Cambridge. Cambridge scored tries through Joey Patrick, Matt Hema and two from Will Wand. They were also awarded a penalty try as well for their efforts.This is Park's first loss since Rams in October.

It was Park that started the brightest as an effective move from a Park line out saw Jackson race underneath the sticks. The away side hit back 13 minutes later as Wand found his way through the Park defence to score his first of the afternoon. 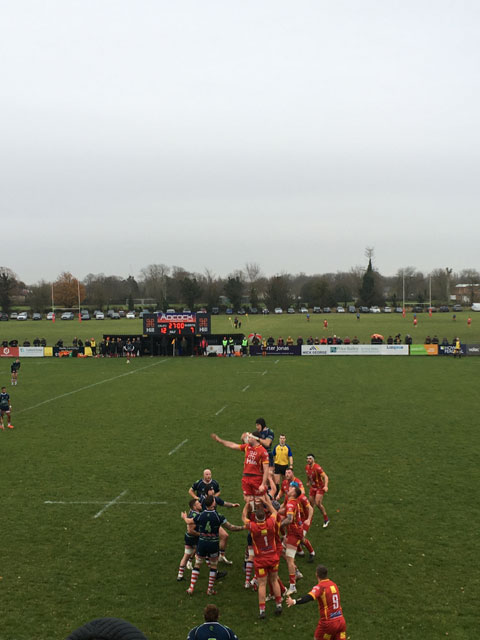 Park then found themselves trailing a bit as Hema spotted a gap in the Park defence to race away for Cambridge's second although the conversion was missed. Park needed a response before the break and they found it through Hugo Ellis who crashed over after effective build up play at the breakdown. A successful conversion from Craig Holland saw Park hold a two point lead at half time. 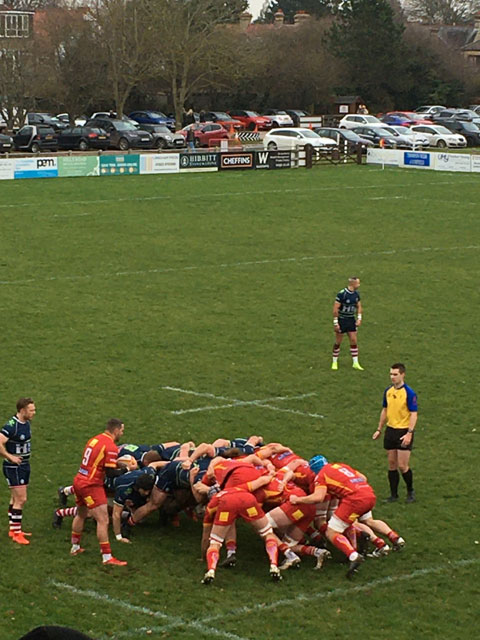 Park were blighted by an injury to Gregor Gillanders at half time, with Gillanders being replaced by Henry Spencer. The start of the second half saw Cambridge awarded a penalty after Austin Hay took out a man without the ball in open play. Hay was yellow carded and Marc Koteczky slotted the penalty. But Park weren't down for long as Jackson once again raced in for another score on the left wing.

However, Park's defence crumbled and Wand seized another opportunity to score his second of the afternoon. Park regained the lead soon after as Nick Scott crashed over after a long build up. It seemed that Park could start to apply more pressure to Cambridge but Patrick had other ideas after he intercepted a pass inside his own half, Park could do nothing to stop him. The conversion was missed with Park trailing by three.

Harry Leonard had the chance to bring the scores level but hooked his penalty wide. Things went from bad to worse for Park as Luke Baldwin was sin binned for back chat to the referee. Cambridge's afternoon was complete when Park collapsed the maul which gave the referee no choice to award a penalty try and put Arthur Ellis in the sin bin. Park had a consolation score through Lovell which meant that despite the loss, Park came away with two points. 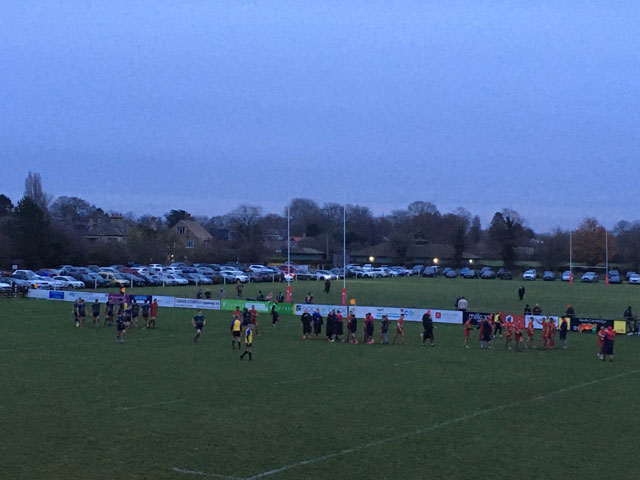 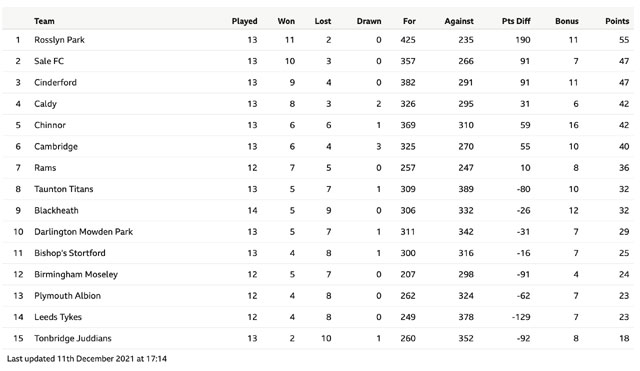 Rosslyn Park still hold an eight point lead at the top of the league despite the loss to Cambridge.
Cambridge overtake Rams who went down 20-3 at Paton Field to Caldy.
Cinderford slip to third after a 26-7 defeat to Darlington Mowden Park at the Northern Echo Arena.
Sale FC climb to second after defeating Blackheath away.
Chinnor suffered defeat to Bishops Stortford but still remain the only side in the league to get a bonus point from every game this season.
Albion v Tykes was postponed after a positive case in the Tykes camp with the RFU advising Tykes not to travel.

Park's final game of 2021 will be at home to Tonbridge Juddians who defeated Taunton Titans at home.

Juddians find themselves back in the league after getting promoted during the 19/20 season along with Taunton.