Rosslyn Park climb back to the top of National League One after defeating Caldy 26-20 at Paton Field. 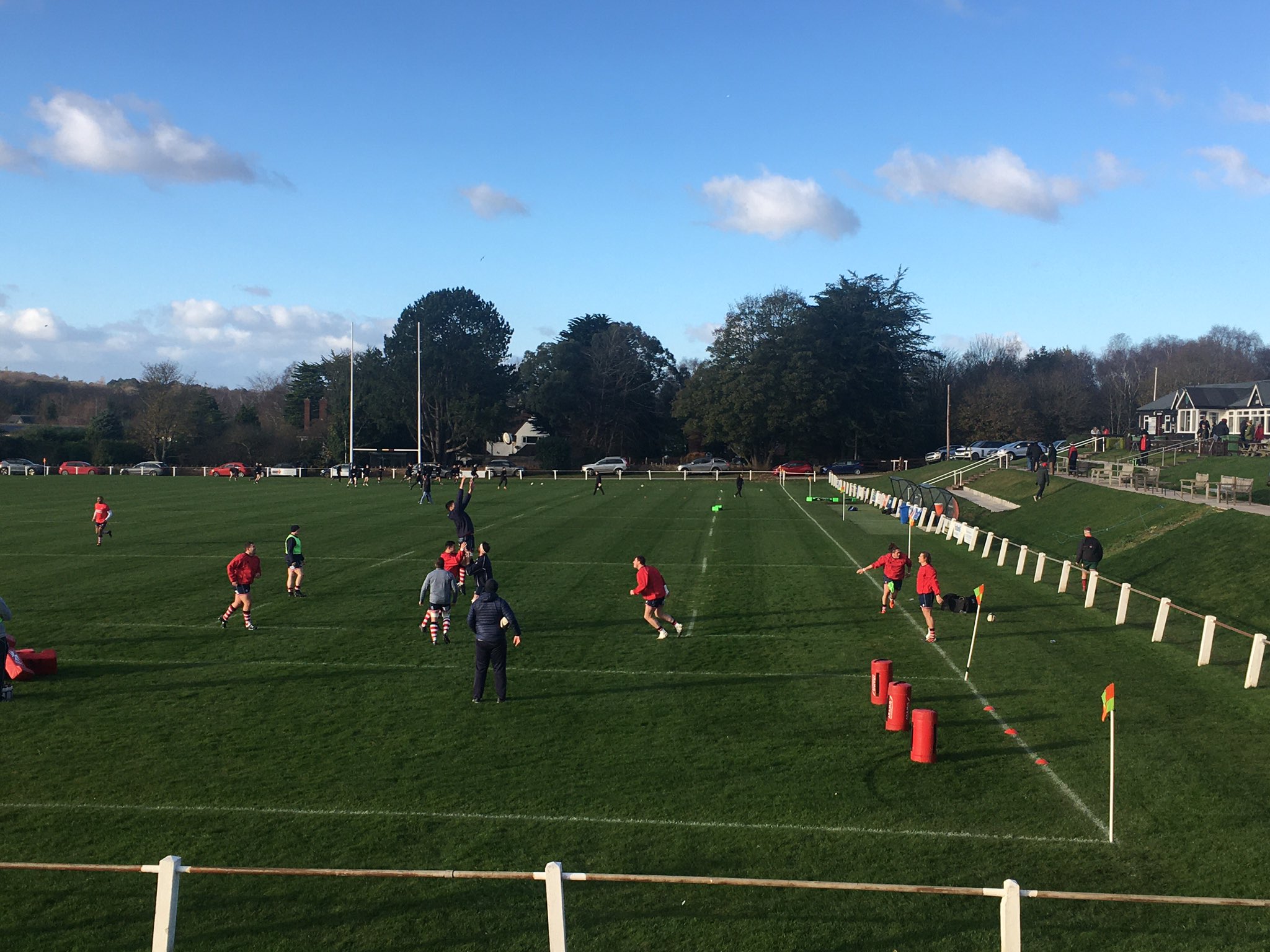 The hosts were awarded a penalty try and had a consolation score through Mike Barlow.

The win for Park is hugely vital given Cinderford lost at home to Sale FC the same afternoon.

It was the hosts that scored first after Park were penalised at the scrum with Ben Jones slotting the penalty.

However, Park replied ten minutes later with a superb set play that saw Marfo come of his wing to run down the centre of the pitch to score a sensational try.

The first half was scrappy for both sides as conditions made it tough. Caldy cut the gap to a point half an hour in after Park were penalised at the breakdown and Jones slotted the penalty in front of the posts.

Park desperately needed to respond after half time and they managed to pile pressure onto the home side with wave after wave of attack.

This resulted in a try for Garvey after superb work from the forwards at the breakdown.

Park then grabbed their third of the afternoon with a superb solo effort from Nick Scott down the right wing which put Park firmly in control.

The lead was still by six points going into the final few minutes of the game but Park secured the bonus point through another great effort from the forwards with Piper touching down.

Spencer was red carded for foul play late on and the hosts replied through Barlow to secure a losing bonus point. 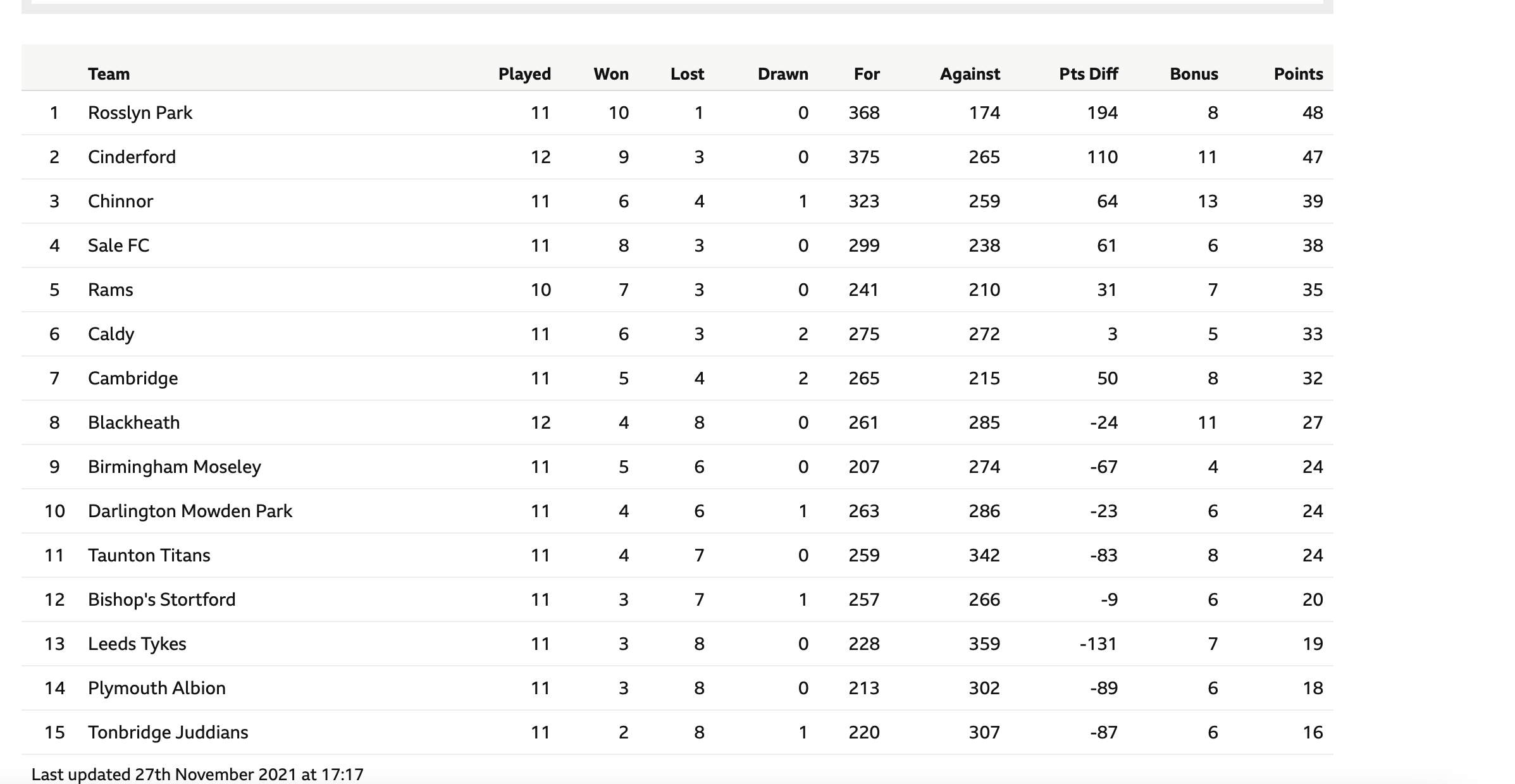 Rosslyn Park return to the top after the bonus point win over Caldy.
Cinderford drop to second after two consecutive losses to both Rams and Sale FC.

Park's next opponents move up to third after winning by 22-5 at home over Taunton.

Birmingham Moseley and Rams had their game called due to Covid.
Tonbridge Juddians edged out Plymouth Albion at the other end of the table.

Leeds Tykes suprised Cambridge away with a close 17-15 win.

Park's next game is at home to Chinnor who have recently moved up to third in the league.

Both teams won one game apiece last season and this should be another cracker at The Rock.

The game will be shown as the feature of the National League Rugby Review Show.