Rosslyn Park were handed their third defeat of the season as they were defeated 36-24 by Bishops Stortford. Two tries from Charlie Piper and one each from Benji Marfo and Henry Spencer were not enough to overpower Stortford. 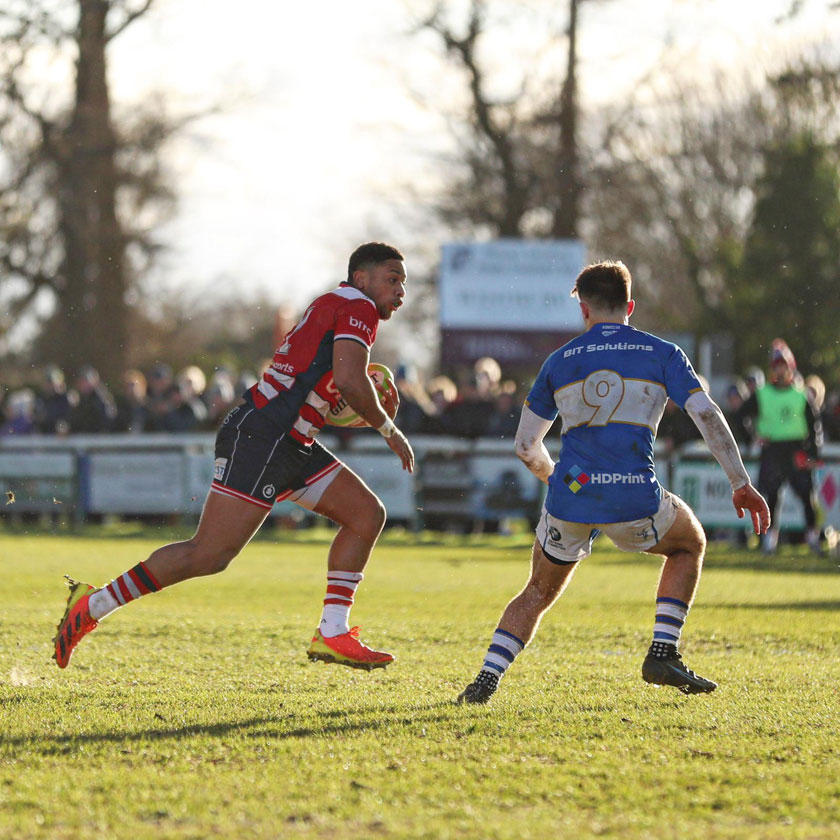 Stortford ran riot at home and Park were hampered by poor indiscipline with three yellow cards dished out to Jack Gash, Kyle Traynor and Hugo Ellis. Park still remain top of the league but have had their lead cut after Caldy won heavily away at Darlington. 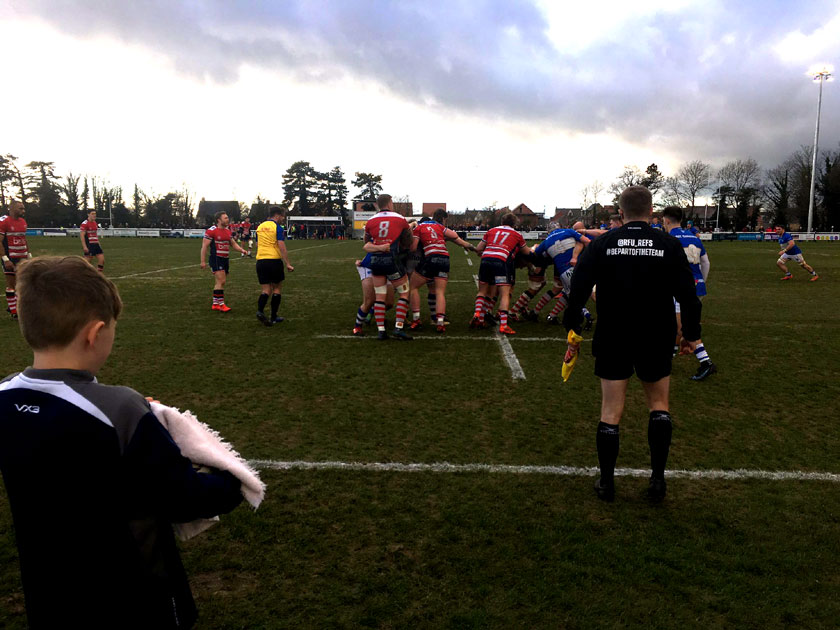 It was the home side that strikes first as they managed to steal the ball from a maul and Sam Ayrton sprinted well over 40 metres to score the games first try. Park hit back soon with patience build up play from a maul seeing them over with Spencer calming the try.

The first half saw tactical kicking and many scrums before Marfo touched down to send Park into a 10-7 lead. However, they didn’t lead for long as Stortford found their way over soon after to lead 14-10 at the break with Joss Linsey scoring the try.

Stortford began the second half strongly and Alfie Orchard put in a beautifully waited kick for Linney to pounce on for his second of the match. Park then saw yellow for the first time of the afternoon as Traynor was sent to the sin bin for foul play off the ball. But even with a man in the bin, Park managed to get a try with Piper scoring from a rolling maul. Unfortunately, slopping handling and poor, indiscipline, saw Park down to 13 with Gash sent to the sin bin for an infringement at the breakdown.

Although Traynor returned, it wasn’t enough as Stortford strolled in for their fourth. The home side then sealed the victory with two quick tries to blow Park away with Josh Stannard scoring a length of the field try and running one in earlier from close range.

Piper went over for a consolation score to secure a four try bonus point but Park had been well and truly taken to the cleaners. And they finished the game with another man in the bin, this time captain Ellis was sent there to sum up Parks performance. 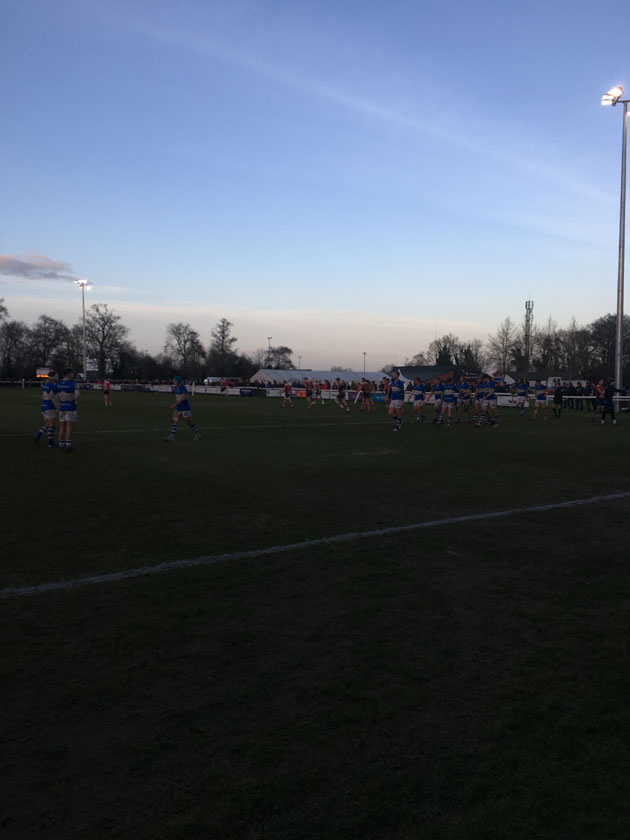 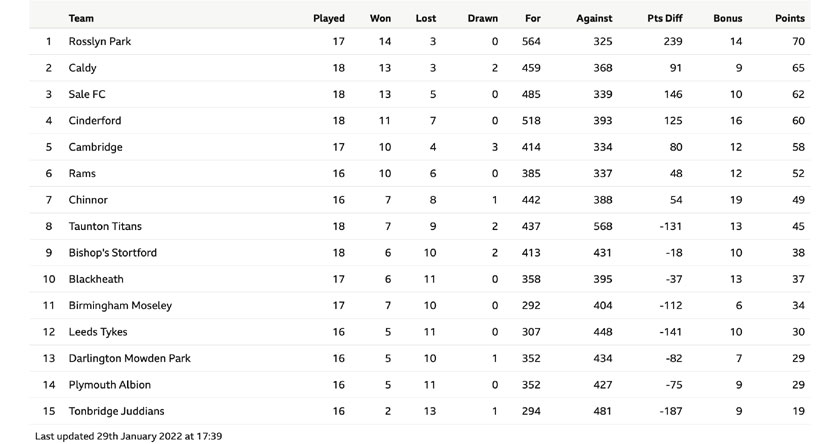 Rosslyn Park still remain top of National League One after today's defeat.
However, the gap is now cut to five points as Caldy secured a bonus point win away to Darlington Mowden Park.
Sale are three points behind in third after winning over Leeds Tykes. Park will face them next month.
Cinderford hammered Park's next opponents, Tonbridge Juddians at home by 41-5.
For the second time this season, Chinnor do not get a point from their game after they loss by 10 away to Blackheath.

Park begin February with a Friday night match at home to Tonbridge Juddians. This game was meant to be played on the 18th December but due to the number of positive Covid cases in the Park camp, the game was postponed to next Friday.

It is the second Friday night match of the season with their last Friday night fixture seeing them thrash Blackheath 55-14.